All of the tenants on the marketing document are labeled “proposed,” suggesting that leases may not have been fully executed. But the document does give a hint at the type of tenant mix Legacy Development has planned for the center.

Other tenants listed on the Bellmont Promenade map are:

The Shawnee City Council last summer approved approximately $20 million in public finance incentives for the project, which broke ground last year and is expected to be complete in 2019. Proposals to develop the land, one of the last green-space lots in that part of the county, have been on the table for several years, but the site’s difficult topography scuttled previous efforts. The council approved Legacy’s incentives request on a 5-3 vote last July, though a number of residents expressed concerns about putting public money toward the effort.

The site plan includes seven pad buildings to the south of the main shopping area that are likely to include restaurant tenants, though the marketing documents don’t indicate any specific proposed tenants for those buildings. 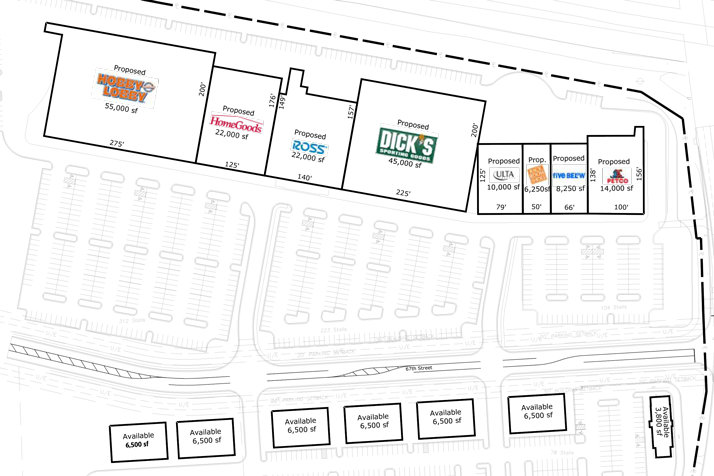