Concerns about cost, the loss of green space and the impact on surrounding residents dominated discussion of a proposal to significantly rework Prairie Village’s Santa Fe and Harmon Parks with an amphitheatre or performance space as a focal point.

After more than an hour of discussion at its meeting last night, the Prairie Village city council decided to suspend for the evening consideration of a series of three proposals for the future of the parks, which are adjacent to each other and sit near both the SM East campus, the municipal complex and the city pool.

The city spent $50,000 with a consultant last year to study the possibility of adding a permanent performance structure at the foot of the Harmon Park hill near where the skate park is currently located, among other potential improvements. At Monday’s council meeting, Public Works Director Keith Bredehoeft presented three master plan options for the future of the park based on the consultants’ work as well as feedback from residents.

The three options were:

(See the end of the post for visuals of each concept).

Members of the council — including those who served on the committee to bring the proposals before the governing body on Monday — expressed a range of concerns with the plans.

Tucker Poling, who represents Ward 3, said he didn’t like the idea of cutting into existing green space, pointing to Loose Park in Kansas City, Mo., as an example of a park that provided a respite from busy streets and shopping centers.

Terrence Gallagher, who represents Ward 6 and who sat on the committee, said he had not gotten positive responses from residents when he floated the concept of the amphitheatre.

“When I’m in the coffee shop or around town, I’m not hearing positive thoughts about the amphitheatre,” he said.

But perhaps more than anything, the price tag of the proposals gave several members of the council pause. Ward 2 councilman Chad Andrew Herring said he couldn’t support any of the concepts until he had a sense of how the project would be funded. Council President Dan Runion pointed out that the city has some serious financial issues to address in the coming years, like fully funding the police pension fund. Until those questions are addressed, he said, it was hard to seriously consider a “want” like the parks revamp.

“I have a hard time moving forward with any of this,” he said. “I think we ought to have a discussion of a plan that says we’re going to address our needs in a responsible manner before we set upon adopting something like this.

The council will further discuss the master plan for Harmon and Santa Fe Parks at a coming meeting.

Here are overhead renderings of the three concepts brought before the council Monday: 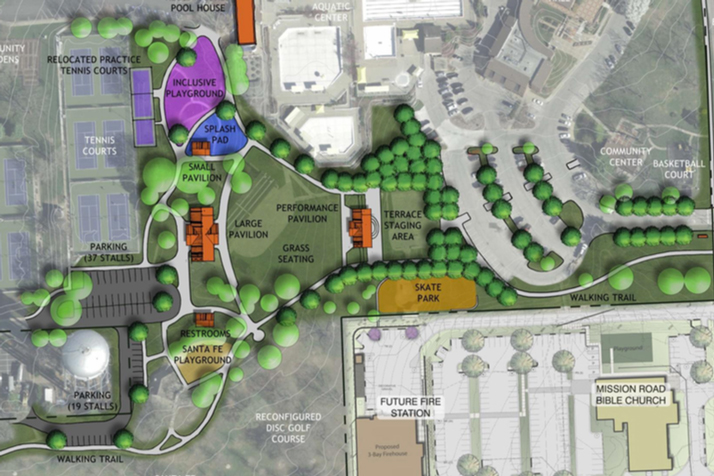 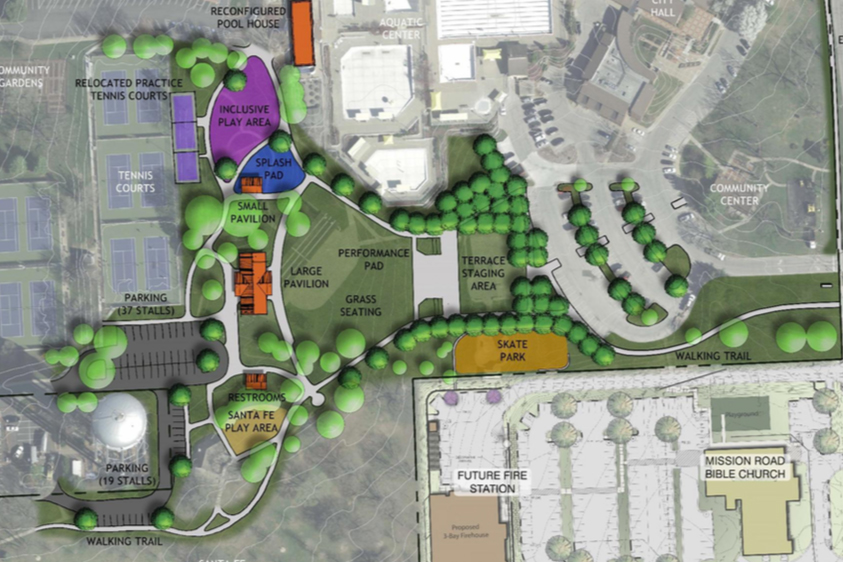 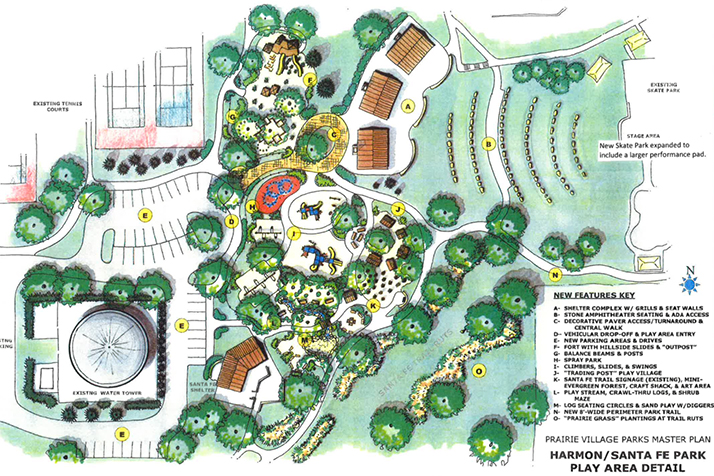