Each legislative session, we provide the Shawnee Mission area’s elected officials with the chance to share their thoughts about what’s happening in the state capitol. Rep. Brett Parker, Rep. Cindy Neighbor and Sen. Dinah Sykes are scheduled to send updates this week. Here’s Sen. Sykes’ filing: 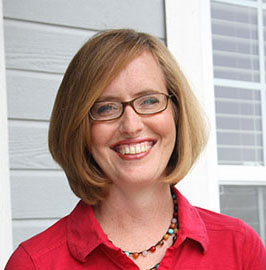 The third week of the session was marked by something many people in the state were anticipating for nearly a year. On Wednesday, after the Vice President Mike Pence cast the tie-breaking vote, Governor Sam Brownback was confirmed to be Ambassador for Religious Freedom. The process that began last year finally concluded. At least one question, namely who would be the governor during the negotiations over school finance, is settled. I am thankful that we now have a definitive answer and are able to move forward in that knowledge. Governor Brownback’s last day is January 31 and Lt. Governor Jeff Colyer will become our state’s next governor.

Lt. Governor Jeff Colyer has promised a “new tone” from the Governor’s office and I am cautiously optimistic that this new tone will lead to a more collaborative process than what we had last year.

During Governor Sam Brownback’s final State of the State Address, he laid out lofty goals for the state regarding our education system. Overall, Brownback proposed $600 million dollars in additional funding to our schools ($100 million of that had already been appropriated by the legislature) over five years. Many legislators, myself included, thought that was a premature decision given that the legislature commissioned an independent study on the costs to adequately fund education. The study, which is due in March, should help set the stage for whatever adjustments are necessary to adequately fund our schools.

In addition to laying out a goal without waiting for the study, the governor presented no plan on how to pay for $600 million dollars for schools or how to attain the lofty goals he laid out. Clearly, we must take care of schools. Taking care of schools should not mean pitting our schools against other agencies. Years of sweeping highway funds and KPERS money to fill budget holes has left our state in a budget crisis. The legislature rejected Brownback’s tax plan, but we still must face the long-term effects of that failed plan.

The task before the legislature is to reflect our priorities by funding the core functions of government in ways that protect our quality of life. The effects of ignoring other areas (such as the department of children and families) are clear. Even as we move to fund our priorities, this isn’t a case of an either/or situation. We must have an adequate and equitable school funding formula. Continued failure to fund adequately and equitably must be acknowledged for what it is: a failure to uphold the rule of law.

While the process is frustrating at times, I serve with many law makers who are pragmatic problem solvers. I know that together we can face the task at hand and begin focusing on our future instead of merely putting out the fires.

I am honored to represent Senate District 21 (Lenexa & Overland Park). I appreciate hearing from people and especially appreciate hearing how legislation under consideration affects you and your friends and family. If you are in Topeka, feel free to drop by my office 237-E. My office phone number is 785-296-7367 and my email address is dinah.sykes@senate.ks.gov.