The Johnson County County Park and Recreation District board on Wednesday voted to move forward with filing an insurance claim for the repair of the damaged inflatable dome that covers the Roeland Park Aquatic Center in the winter months, a move that will cost the county approximately $25,000 for the deductible.

But whether the pool will continue to operate as a year-round facility after JCPRD’s current agreement with Roeland Park expires in 2019 is still very much up in the air.

The parks board voted in favor of a motion made by member Paul Snider to pay the deductible and file the insurance claim that did not require any time commitment from the city of Roeland Park for the continued operation of the pool in the winter.

Other board members, including chair Nancy Wallerstein and vice chair Michael Pirner, had suggested during the discussion that the parks board should require a commitment from Roeland Park that it would continue to operate the pool year-round for at least three years if the county filed the insurance claim.

But others argued that the county would be putting itself in the position to look like the bad guy if it put any kind of block in the way of getting the dome replaced. Member Leslee Rivarola said she had been frustrated by suggestions that the county had not been acting as a good partner in the project, and wanted to avoid adding to that perception.

“Frankly, if Roeland Park, from a leadership perspective, cannot gain the energy and the support to continue to operate the pool, that needs to be on them,” Rivarola said, “and I would really hate for JCPRD to be in the position where the messaging is that somehow we failed that community because I don’t think we have.”

Still, the sentiment from the board’s discussion indicated that there is little appetite among the group to commit to any county funding for the operation of the dome after 2019.

“I think this board has been very clear that at the conclusion of our current contract, we do not wish to continue, unless there is a way that the district is more protected,” Snider said.

Roeland Park’s new governing body will have to consider possible funding options for the dome after the 2019 agreement expires.

Several northeast Johnson County residents addressed the board ahead of their vote Wednesday to argue in favor of the replacement of the dome and JCPRD’s continued support of the partnership, which has been in place since 1996. 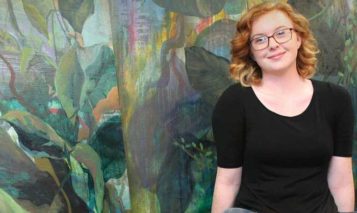