For the second year in a row, the northeast Kansas region’s winner of a state honor recognizing excellent first-year elementary teachers is from the Shawnee Mission School District.

When Apache Innovative School 3rd grade teacher Ali Mackenzie got called into Principal Britt Pumphery’s office last week, she was a bit caught off guard. Interim Superintendent Kenny Southwick was in the room. And Kansas Commissioner of Education Randy Watson was on the phone. But Mackenzie was most definitely not in trouble. Instead, she was about to find out that she was one of just four Kansas teachers to be honored for their first-year performance. Here’s video from the district of the moment Mackenzie learned she won this year’s Horizon Award:

Mackenzie, 27, didn’t think she was going into teaching as a career just a few years ago. A Santa Fe, N.M., native who is the daughter of KU graduates, she attended KU for college, studying sports management. After graduating, she took a position in sales for a few years, but wasn’t fulfilled. She took a new job at a day care, and realized the passion she had for working with kids. She enrolled in an elementary education master’s degree program at Rockhurst University. She was a student teacher at Rising Star Elementary in 2016 and got her first full-time appointment as a 2nd grade teacher at Apache for the 2016-17 school year.

Her commitment to creating a classroom culture that makes students feel valued and respected stood out right away, prompting building leaders to nominate her for the Horizons award.

“I believe that it’s really important to get to know your students as people,” she said. “We’re there for academics, but for every student to be able to learn, they’ve got to feel like you value them and that they’re in a safe environment.”

Mackenzie said she was blown away by the award.

“I was shocked that I was nominated, because there are so many amazing teachers out there,” she said. “It was an honor to be considered at all. So to win was really amazing.” 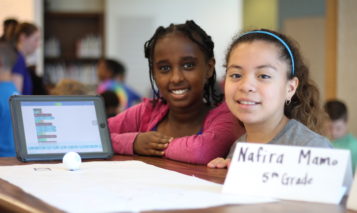 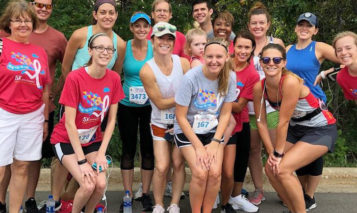