The city of Shawnee now has a full-time mental health co-responder — a qualified mental health professional who responds with police on calls involving a mental health crisis — in conjunction with the Johnson County Mental Health Center (JCMHC).

Lenexa and Shawnee have subsequently chosen to each create their own full-time position in conjunction with JCMHC.

“The purpose of this expansion to a full-time co-responder is to provide an increased level of service to individuals who have mental illness,” said Shawnee Police Chief Rob Moser in a memo to Vicki Charlesworth, the city’s interim city manager. “By providing these individuals more direct access to mental health services, we will lessen their reliance on law enforcement.”

The Shawnee City Council unanimously approved a memorandum of understanding with JCMHC for the full-time position at its Monday meeting. The council had approved spending $96,000 a year for the full-time job in its 2018 budget, which includes costs for salary, equipment and vehicle maintenance. The agreement also provides for the possibility of eventually adding more co-responders.

The city will make quarterly payments to JCMHC for the program and will evaluate the services annually. The police department helped JCMHC choose a person for the job, and that employee is in training.

Johnson County started a study in June 2009 of the Sequential Intercept Model to address criminalization of people with mental illness, according to Moser’s memo. The National Gains Center developed the model through a grant from the Health Care Foundation of Greater of Kansas City. The study concluded that increasing numbers of mentally ill people were entering Johnson County’s criminal justice system.

This prompted the county to assess mental health law enforcement in its cities and to consider a partnership with JCMHC to help deal with mental health calls.

“The objective was to enhance service by funding a Qualified Mental Health Professional (QMHP) to respond with officers on calls involving persons experiencing a mental health crisis with goals of immediate intervention during times of crises, increasing the number of referrals to community-based services, and providing follow-up services as needed,” according to Moser’s memo.

Shawnee’s part-time co-responder made an average of 500 mental health contacts a year in the past two years, including site visits and other follow-up actions. Shawnee’s police department transports the third-highest number of people to a crisis stabilization center among all the county’s police departments annually.

A full-time co-responder is expected to increase:

Olathe was the first Johnson County City to partner with JCMHC for a co-responder, in 2010. Overland Park joined the program in 2013, and “results in both cities proved the program to be successful in reducing incarceration of persons in crisis and increasing referrals for mental health assistance,” according to Moser’s memo. 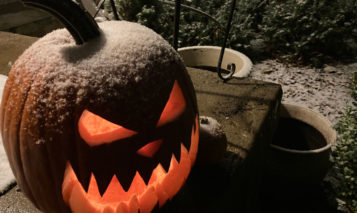