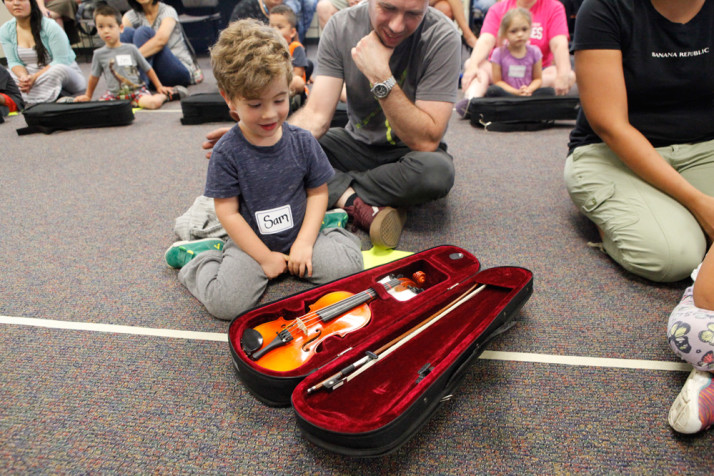 Free and reduced lunch students receive custom violins and lessons through new String Sprouts program. A new initiative from Heartland Chamber Music aims to make learning an instrument more accessible for kids in free and reduced lunch programs. Last week, 56 children received violins that had been donated by area music stores to kick off a months-long music education program that will culminate with their performing with the Kansas City Symphony next April. A number of the students who received the instruments are enrolled in Comanche Elementary’s pre-K program. Through String Sprouts, which is paid for with a grant from the Kauffman Foundation, kids get free instruction on the condition that a parent or caregiver take the lessons with them and that they practice each day at home.

Raiders outlast Indians in season opener; Free State blows by Vikings. Shawnee Mission South’s football team left the field with a win Friday in an intra-district contest against SM North to open the 2017 season. The Raiders held on for a 22-19 win Friday at SM North District Stadium against the Indians. The Raiders will face a big test this week, though, when they face Lawrence Free State, which scored 56 unanswered points to beat SM West 56-9 at SM South District Stadium Friday.