The one-two punch of Saturday’s wind damage and Thursday’s flash flooding have prompted Johnson County officials to declare a state of emergency.

“The disaster declaration allows us to request additional resources and potential funding assistance if our county’s total damage estimates reach the required levels to qualify for the assistance for public facilities and roadways,” Dan Robeson, Johnson County emergency management coordinator, said in a statement. “It also activates the response and recovery aspects of local and inter-jurisdictional disaster emergency plans.”

The National Weather Service tracked water crest levels during the storm and found that several area creeks saw record flooding. The tracking station on Tomahawk Creek at Roe Avenue, near 124th Street, recorded a crest level of 20.81 feet. The creek floods at a crest of 13 feet. The tracking station on Indian Creek at State Line Road, just north of I-435, recorded a crest of 27.96 feet, a record.

Several of the city of Leawood’s public facilities saw major damage in the storm. A parks maintenance facility, Leawood City Park structures and a fire truck were all damaged in the storm. 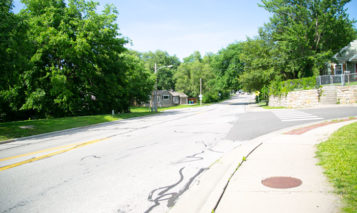 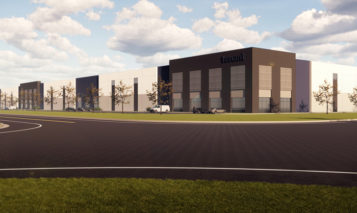