The crime prevention initiative is expected to generate $10,000 in overtime costs for the Roeland Park Police Department and will be managed by Chief of Police John Morris.

Crime activity occurring during the pilot will be compared to crime during the previous year to measure its effectiveness.

Councilmember Teresa Kelly pointed out the business district had the largest concentration of crime in the city and said she supported the effort. Kelly said she knew of people who steered clear of Roeland Park stores because they were worried about crime.

“This is another component of creating a safe community and I would be on board with that,” Kelly said.

The Roeland Park Police Department’s 2016 fourth quarter crime statistics showed that out of 221 total reported crimes 37 originated from Walmart, 17 from Lowe’s and 7 from Price Chopper.

City Administrator Keith Moody said the initiative was designed to address theft, which is the most prevalent type of crime in Roeland Park.

“If we don’t see that it makes an impact in that six-month time then we’ve tested it and we can say we tried,” Moody said.

Councilmembers Tim Janssen and Sheri McNeil also spoke in favor of the initiative.

Councilmember Becky Fast said she was unsure if the program was necessary and questioned whether businesses should be held responsible for increasing security on their property.

“Basically we are helping out the big box stores,” Fast said.

The council’s tentative approval allows the initiative to be rolled into fiscal year 2018 budget talks. 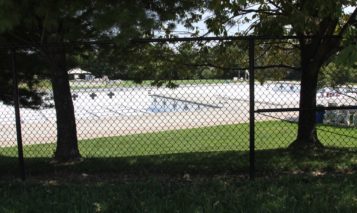 Roeland Park Aquatic Center will reopen this summer — what are other cities’ plans?