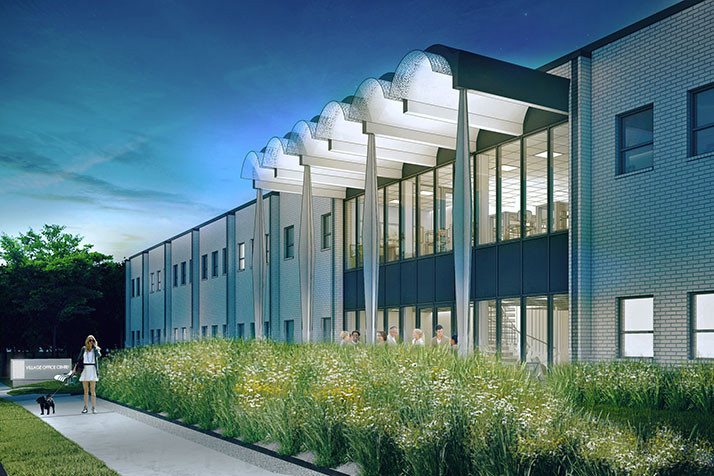 Major work is under way to modernize an aging commercial property in the core of Prairie Village.

LANE4 Property Group purchased the building at 7301 Mission Road in July 2016, and committed to investing around $1 million in infrastructure improvements to both the interior and exterior of the property. Exterior improvements will include a major revamp of the building landscaping, new entrances, an updated facade and lighting, the addition of usable outdoor spaces and new monument signage. The interior parts of the project will yield a new common area featuring a lounge and coffee bar, updated restrooms and common areas, and a new lobby with floor-to-ceiling windows. Additionally, crews will replace flooring, interior lighting and wayfinding signage.

The construction process has provoked some frustrations from tenants and patrons as construction has disrupted the easiest paths of access to some of the building’s nearly 90 businesses. LANE4’s Elise Valenti acknowledged that patrons may “need to allow a few extra minutes to get to their destination.”

“We are working hard with our contractor to ensure that there is ample signage directing traffic as we are working in different areas,” Valenti said. “We hope everyone understands that some ‘growing pains’ are unavoidable during projects like these, but are confident the final product will be well worth the temporary inconveniences.”

LANE4 expects the project to be completed by mid-to-late summer.

Below are renderings of the plans for the exterior and interior: 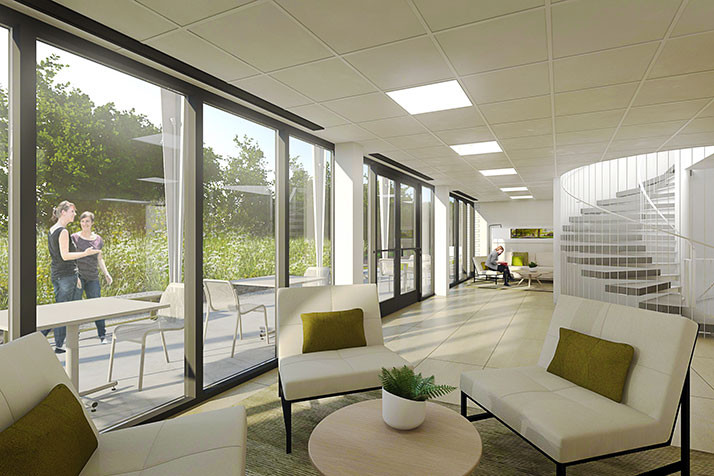