Work on a school funding formula reaches a critical stage today with the Kansas House K-12 Budget Committee determined to produce a bill to send to the House floor.

A central player in those final negotiations is Rep. Melissa Rooker of Fairway, who continues to find herself at odds with the Shawnee Mission School District’s view of how schools should be funded.

The lobbyist for the school district, Stuart Little, reported to the board this week, noting the district’s “long-standing opposition to the school finance formula” that was instituted in 1992. “The formulas (being discussed in committee) look a lot like the old formula,” Little said.

There is a good reason they look like the old formula, Rooker said. The old formula, replaced by block grants two years ago, meets the constitutional tests imposed by the court. “All of that together (the court directions) tells you we have to do the things that the old formula does,” she said.

Kansas City Star columnist Steve Rose over the weekend criticized Rooker’s position, calling her “the main leader in a movement to return to that disastrous formula.”

“I grow weary of the voices advocating for a return to pre-1992 funding mechanisms,” Rooker wrote in a newsletter Monday. “Their tired story is that heavy reliance on local property tax levies is the only way for Shawnee Mission and other Johnson County schools to truly excel. Yet so much has changed since that time ….”

Lately, she has seen a spike in constituent requests for help on property taxes.

“Even within the borders of Johnson County,” she wrote, “we see major differences in property wealth among our school districts. While a plan that harkens back to days of old sounds good from a certain vantage point, that jingoistic view ignores reality.”

Three of the six Johnson County school districts have indicated a plan floated by Shawnee Mission would mean trouble for them, she added.

In his column, Rose noted Rooker is not a lawyer. She counters that the lack of a JD does not preclude her from understanding court issues. “I do know how to ask attorneys questions,” Rooker said this week.

In his presentation, Little said the issue has always been that Shawnee Mission is funded in the bottom 10 percent of the state’s districts based on per pupil dollars.

Rooker categorizes that argument as convenient to make, but notes the district and its allies are are asking to restore an approach that was found deficient before 1992.

Rooker introduced her own funding bill based on the work of a coalition task force of education stakeholder groups. The bill that is moving in committee, however, was introduced by its chairman, Larry Campbell of Olathe.

Much of Rooker’s bill has been included in the chairman’s bill, but Rooker said more amendments will be introduced to change parts of his bill that are still objectionable. One of those areas is to restore the Local Option Budget back to 33 percent. The chairman’s version has a lower percentage and more restrictions on its use.

Funding should be based on student enrollment and all of the demographic characteristics of those students, Rooker said. And, the formula should not be disrupting the equity mechanisms that are in place.

“I think we have done due diligence on a variety of different mechanisms (for funding),” she said. “This is an evolution of thinking (her proposals). This is not me alone.” 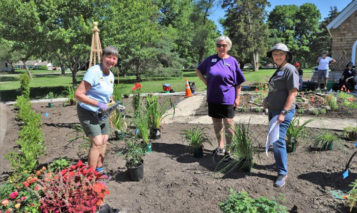 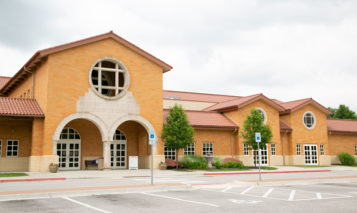