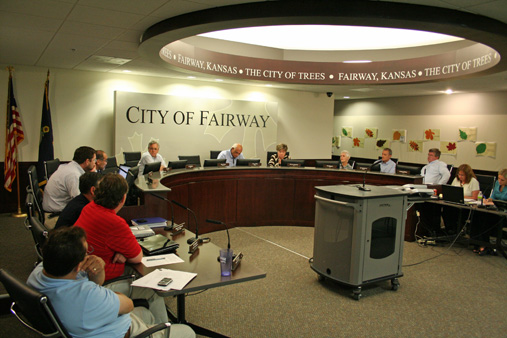 Fairway is looking to fill a vacant seat on its city council after an in-city move forced sitting councilman J.D. Fair to step down from his seat.

That doesn’t mean Fair is done with city politics, however.

Fair, who moved from a home in Ward 4 to a home in Ward 2, has already filed to run for the council seat representing his new ward in this November’s elections. Fair went unopposed when he ran for the Ward 4 seat in the spring of 2015. His current term expires in January 2020.

The city has put out a call for Ward 4 residents who would be interested in filling the remainder of Fair’s term. Fairway’s administration has posted a form for people who want to be considered for the council seat. Applicants should submit their form to city administrator Nathan Nogelmeier by Friday, March 31.

A search committee tasked with naming a successor to Fair may schedule interviews with applicants. The council is expected to move to name a replacement at the April 10 City Council meeting.