Responding to questions about the potential conflict of interest in a contractor’s hiring of the daughter of a sitting member of the board of education, the Shawnee Mission School District on Monday indicated that administrators had no involvement in the selection of Mallory Zila for an in-district job with CBIZ.

“In the Spring of 2016, the person serving as SMSD’s Benefits Coordinator resigned her position,” wrote Deputy Superintendent Kenny Southwick. “Upon notice, CBIZ began the process to fill that vacancy. The Administration was not involved in the selection process. In April, we were notified that Ms. [Mallory] Zila would be the District’s new Benefits Coordinator. To date, the District has no concern regarding her performance.”

Mallory Zila is the daughter of Deb Zila, who has represented the SM South area on the board since 2007. Prior to her hiring with CBIZ, she had no experience in health insurance or benefits consulting, according to her profile on LinkedIn. Southwick said that “questions related to their employment criteria, training, professional development, salaries, benefits, etc. should be addressed by CBIZ.”

CBIZ has not returned a call for comment about the hiring process for the position we put in Monday shortly after noon.

In her first communication to the Shawnee Mission Post since initially being asked for comment last Wednesday, Deb Zila on Monday categorically denied that she had directly alerted Mallory to the in-district position at CBIZ. She also said that neither she nor any Shawnee Mission School District staff member acting on her direction had contacted CBIZ regarding the open position and Mallory.

But the appearance of a potential conflict of interest is troubling, said Jennifer Howerton, a founding member of the new group Education First Shawnee Mission. Howerton said the situation is symptomatic of a lack of transparency that was one of the motivations behind the formation of the group.

“The district makes decisions using a consent agenda, so we don’t know how decisions are being made, or what board members are advocating for behind the scenes,” Howerton said. “There is a lack of trust between the community and the board, and the poor communication and transparency is a large part of the problem.”

CBIZ was named the district’s insurance broker in November 2013. Board documents made public for the Nov. 25, 2013, meeting did not include any summary of the CBIZ bid for the contract or the scope of work the contract would included. In introducing the item for a vote, Superintendent Jim Hinson said that he “didn’t have anything derogatory to say” about the previous provider, but that CBIZ’s experience with healthcare clinics in other school districts made it the more attractive option.

Board member Sara Goodburn inquired about whether there would be an increase in cost to the district. Hinson indicated there would not be. Then-board member Joan Leavens noted that the board had not been provided a contract prior to being presented with the item for a vote.

“So we are approving CBIZ as our health insurance broker,” Hinson responded. “And then you will approve a specific contract at a later time.”

On Monday, the Shawnee Mission Post filed three new Kansas Open Records Act requests on the matter after the district responded to our initial requests with a requirement of a $1,054 prepayment. The new requests seek the following:

Under Kansas law, the district has three full business days to either provide the information requested or provide a detailed explanation for the delay. 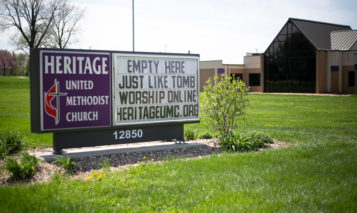 Regardless of status of state size limit order, major churches in Johnson County won’t be gathering in person for Easter 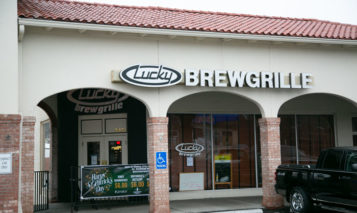