During Terry English’s 40-year tenure as the Bishop Miege girls coach he’s created a family atmosphere that was on display on Friday night as the community celebrated English’s 800th game he won.

The accomplishment happened on Dec. 9, at McPherson — a 62-45 win — but the celebration didn’t occur until now, as Bishop Miege wanted as many players to return to experience the moment.

“That’s the way it’s always been,” English said. “I’ve had some tremendous girls and when we have functions like this they always come back. It’s too bad more couldn’t make it, but more would have made it. Everybody’s traveling and they got the news out late. It’s tough to get everybody together during the year, but a lot more came than I thought were going to be able to make it.

“It was great to see them and they love coming back. They just love Miege. This is a great place.”

He also considers it to be his only teaching job.

“I taught one year at St. Peter’s for a half-day and then came over here,” English said. “I wasn’t far from this school. I was here to coach and teach basketball.”

He stepped away from teaching at the end of the first semester for health reasons, but hopes to continue coaching at least one more year. He currently sits at 811 career victories, but honestly, the number doesn’t matter to him when asked if he’d like to make it to 1,000.

When English plans to step away from coaching the contingency plan is already in place. His son Jeff will take over and has already been told by school president Joe Hornback that will be the case.

English would be more than happy to serve as Jeff’s assistant like Jeff currently does for English.

“If that did happen that would depend on Jeff. He may say, ‘Hit the road, I may never want to see you any more,’” English joked. “He may want to do it on his own, but I can sit there and help. It would be no problem as well.” 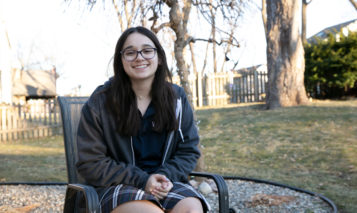