A contingent of legislators representing northeast Johnson County told a packed hall at the Corinth Library on Saturday there had been a marked shift in tone at the capitol following a November election cycle that saw significant turnover in both the House and the Senate. But the prospect of seeing change to some of the legislation most unpopular with Democrats and moderate Republicans is anything but sure, they said.

Sens. Barbara Bollier and Pat Pettey and Reps. Jerry Stogsdill, Melissa Rooker and Jarrod Ousley spoke at Saturday’s forum organized by the League of Women Voters of Johnson County. Rooker noted that with new leadership in the House, she was seeing bills get fair hearings in committees and the chance to come to the floor for a vote.

“I can’t stress enough the change in tone and the respect for the process that has returned to Topeka,” Rooker told the crowd to loud applause.

Still, with conservative Republicans holding pluralities in both chambers, the chances of getting enough votes to pass bills favored by all five of the forum speakers aren’t particularly strong. The lawmakers noted that constituent support for legislation that would continue to allow state college campuses and hospitals bar people from carrying concealed weapons was incredibly high, but that many legislators remained committed to seeing that restriction lifted as scheduled this summer.

“Every one of us up here desperately hopes that we can get this changed,” Bollier said of the campus carry bill. “We don’t want for our Prairie Village pool [to be a place] where you have to and worry that someone has a weapon there. We don’t want to have to go into a hospital and wonder if someone’s got a weapon.”

Of note, Rooker, Stogsdill and Ousley all serve on the House education committee where Rep. Willie Dove left a loaded handgun under his chair last week. Ousley indicated that the fact a state legislator could be careless with a loaded weapon underscored the idea that it may not be wise to allow college students to carry weapons into a classroom.

“I think a certain member of the education committee helped promote that bill with his absence of good judgement,” Ousley said.

“That was a little disconcerting when we found out that happened,” Stogsdill added. “Matter of fact, Jarrod sits right next to the gentleman.”

The group also touched on Medicaid expansion, which Bollier said she would continue to champion. Without accepting the millions of dollars in federal aid for government healthcare programs, Kansas may find itself in a weak position to argue for sufficient funding if the Trump administration moves to a block grant system for Medicare and Medicaid.

“If we do end up in some semblance of block grants for Medicaid from the federal level, they are going to have trouble knowing how much to fund each state. And we don’t want to be the ones at the bottom of the funding pile because we didn’t expand Medicaid and were, quote, very efficient, and all those things,” she said.

Rooker noted that while a transgender bathroom bill had been introduced in committee, she didn’t think it would get much traction.

“Given what happened in North Carolina, given what happened when Indiana flirted with these types of laws, given the fact that California issued this week a proclamation that added Kansas to a list of states that they will not pay for state employee travel to, I think that it’s controversy that this committee chair will not seek,” Rooker said. “A lot of really bad ideas get introduced, and it doesn’t necessarily mean that it will come to pass.” 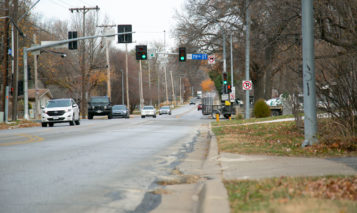 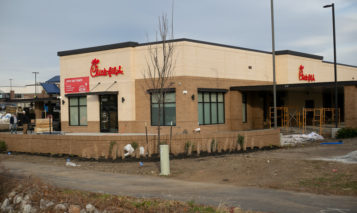 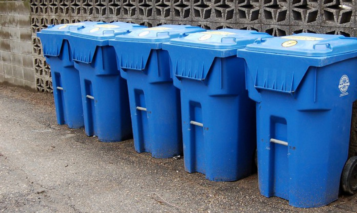