A walk through the woods would be a way to beat the heat in the summer or have a close-up look at the leaves in the fall; or if you’re Will Schmidt it’s the best place to look for an ingredient in his next meal.

The Shawnee Mission East senior does a lot of mushroom hunting. While a lot of people look for morel mushrooms, Schmidt is looking for ones you’d find at a grocery store.

“When my grandpa died, he had this pamphlet of mushrooms native to Kansas and I started looking at them and found a couple and realized things that sell for a lot and taste really good can be grown in the dirt and nobody knows what they are,” Schmidt said.

Schmidt said he finds oyster mushrooms frequently and has even sold some to Urban Table. The Schmidts eat quite a bit of mushrooms at home and his foraging is one way to not have to pay for them.

He comes from a family of outdoorsmen and wrestlers. Schmidt’s dad got him into wrestling in seventh grade and stuck with it ever since. But it started before that when he’d wrestle his twin brother Isaac and younger brother Andrew in the living room.

“I’d say I caught onto it a little quicker than some people,” Schmidt said. “A lot it gets down to technique and I’m trying to work on that in practice.”

Another thing his dad introduced to Will is hunting. Isaac got into trapping.

“My brother traps quite a bit,” Will said. “He traps beaver. I don’t trap as much as him, but I have a longbow and I try to shoot squirrels every now and then.”

Will and his dad have gone pheasant hunting the past few years, and while he didn’t catch anything this year, he did last year. His dream hunt would be going on a primitive deer hunt so he can use his longbow.

And what will he do once he catches his first deer?

“We skin them,” Schmidt said. “My uncle got a deer and made them into boots. Along with the beaver made those into garters. I trapped a muskrat once and made it into cuffs for a shirt. We eat what we catch.” 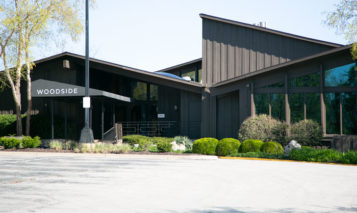 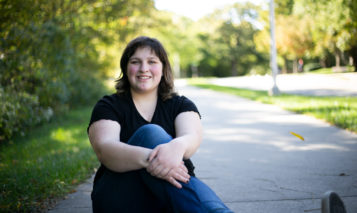