Police Chief Tim Schwartzkopf said Monday the move comes after complaints of stacked up cars around the building around the start and end of each school day. While the traffic issues have been on the department’s radar since the student bodies of Mission Valley and Indian Hills were consolidated in the Indian Hills building following the shuttering of Mission Valley in 2011, they’ve gotten to the point where they need additional action, Schwartzkopf said.

The department plans to place a series of signs along the south side of Delmar Drive that would ban parking there between 8:15 and 9 a.m. and 3:15 and 4 p.m. each school day.

Police have been in contact with homeowners on Delmar about the plan, and say they have gotten no pushback from residents on the proposal.

Schwartzkopf said the plan is to install the signs sometime over the school’s winter break.

The letter police distributed to Delmar homeowners is embedded below: 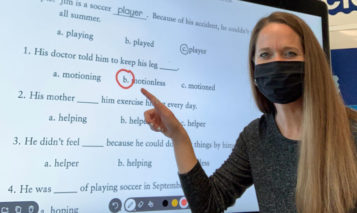