The event helped raise money to support Bo Macan, a six year old with surfeit of medical issues as a result of a genetic disorder.

Bo’s mother Carolyn Macan was overwhelmed by the support from the community for her son and family.

“Look at all these families,” Carolyn said. “It’s amazing.

“It’s not easy when you have a kid in high school, a kid in middle school, who give up a whole lot for their brother. To see (Leksi’s) friends and her school come together for them is amazing.”

Leksi Macan, a sophomore at SM North, said her softball coach Julie True came up with the idea to hold a home run derby.

“She wanted to have a fundraiser for my brother to raise some money because of our medical expenses we have to go through,” Leksi said.

In January, the girls basketball team raised more than $1,500 for Bo.

True came up with the idea last year, but ran out of time trying to make it work during the spring.

“All the schools — Bo goes to Roseland (Elementary), Johnny goes to Hocker (Grove Middle), SM North, just our community as a whole, Bo has a pretty big following,” Carolyn said. “It’s amazing to see that following and it’s also nice to see kids who are 15, 16, 17 years old, who don’t quite understand and can be selfish at their age, are giving up their time for this.”

Leksi couldn’t believe how many people came out on a Sunday morning.

To begin the even, Bo threw out the first pitch to Leksi.

“He’s a goofball,” Leksi said. “I was trying to give him some signs, messing around and he just started laughing.”

Leksi got emotional as she talked about her brother and it’s hard not to when she has to see her younger brother battle every day.

Some days are better than others and those days are going to dwindle here, as it becomes flu season.

Carolyn said as it becomes colder Bo’s arthritis starts to flare up.

“He doesn’t understand why days where his twin sister (Brooklynn) can go to school and he can’t because he doesn’t feel well or want to get off the couch,” Carolyn said.

Leksi recalls a first day of school, which Leksi wanted Carolyn and Bo there to take pictures, but they couldn’t because Bo was in the hospital. 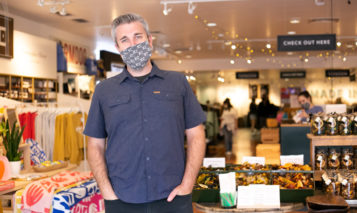 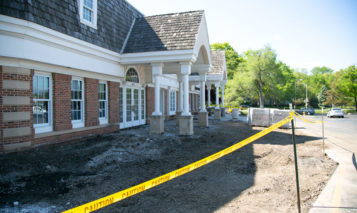 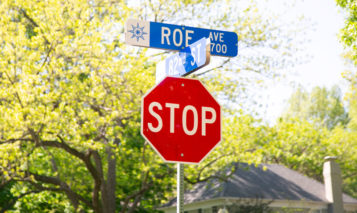