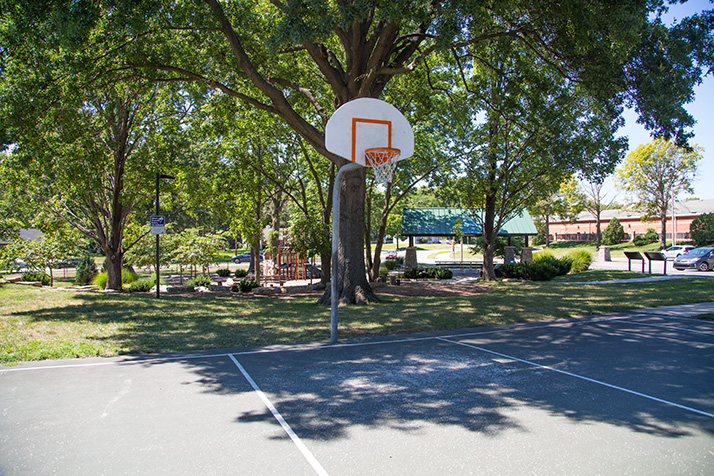 A report that two men were brandishing guns during a fight at Weltner Park Sunday evening led to a tense 45-minute standoff involving 10 police officers from Prairie Village and Leawood, and an emotional crowd.

Prairie Village Police Capt. Byron Roberson said Monday responding officers not only had to negotiate with one of the men for about 20 minutes to surrender his weapon, but handle a crowd of more than 30 people that had gathered, some shouting insults at them.

In the end, while the man was briefly detained, no arrest was made because of the new Kansas law that allows people to carry concealed weapons if they are legally entitled, Roberson said.  The other armed man involved had fled before police arrived.

“There was no victim and the man claimed self defense,” Roberson said.

“Our officers used great discretion and patience by not jumping to conclusions or being provoked by the crowd or the man with a gun. “They took their time and de-escalated the situation.”

Roberson said Prairie Village police received a call at 6:23 p.m. about the incident at the park located at 78th Street and State Line Road.

According to police, a group of mostly adult men were playing basketball when another individual arrived and soon after began fighting with a player. During the altercation, both men displayed handguns.

When police arrived, one of the men had left and the other, described by Roberson as an African-American male in his mid-20s from Kansas City, Mo., refused to surrender his weapon.

Within a short time, a woman identified by police as the man’s mother and other acquaintances arrived at the scene, some apparently attracted by a live-streaming of the standoff on Facebook.

Roberson said it took about 20 minutes for officers to persuade the man to relinquish his weapon. Throughout the tense negotiation, some members of the crowd shouted provocative comments at police, and the witnesses were not cooperative.

“People on the side were yelling and not promoting calmness,” Roberson said.

Ultimately, about 10 officers from the two departments were involved. Roberson said the crowd not only complicated the situation, but endangered themselves because the man initially refused to surrender his weapon.

“It would be extremely helpful for onlookers to move away instead of crowding the scene,” he said. “There were not enough officers for crowd control.”

Roberson said police have not fielded many complaints at Weltner Park and described the incident Sunday as isolated event.