Shawnee Mission School Superintendent Jim Hinson criticized court-imposed restrictions on how much local revenue his district can raise to educate students Thursday, saying it hampers opportunities to do even better.

“My question is ‘where could we be if if we were not limited as a community?'” Hinson told attendees at a luncheon meeting of the Northeast Johnson County Chamber Commerce.

Those restrictions are the result of an ongoing legal battle in Topeka over adequate state funding for schools. Hinson said the amount of local revenue districts can raise is capped at 33 percent of their state allocation.

Hinson said the limits on local spending are prompted by an interpretation of the State Constitution that mandates “equity, equalization and adequacy” in the amount of money spent to educate students throughout Kansas.

The Supreme Court is expected to hear testimony on the issue next month, Hinson noted.

“Sorry I’m so passionate about this,” he said, “but this decision will impact us for decades.

Hinson said the Shawnee Mission School District ranked 261st out of 286 Kansas school districts in per pupil spending at $9,754. Neighboring Blue Valley ranked 253rd, spending $10,179 per pupil. The top district in the state was West Elk, which spent $22,690 per pupil.

“We’re accused of being a wealthy school district,” Hinson told the Chamber gathering. “We’re wealthy not because of our assessed value, but wealthy because we’re a great community.”

This week, the Shawnee Mission school board approved a $455 million budget, including operating and capital costs, for the new school year.The district raises all its money for construction and capital purposes locally.

The superintendent said state funding for operations at the Shawnee Mission School District has increased a total of just $3.5 million over the past four years.

“What could we do for our kids if that picture was different?” he asked. “We want more local control of how we spend our money.”

Hinson said the state could assure students in poorer districts received a good education by providing enough aid to achieve goals for adequate funding per pupil.

“The state has a responsibility to fund at ‘X’ level for each student,” he said. “But from there, the issue becomes why can’t the district go above that?” 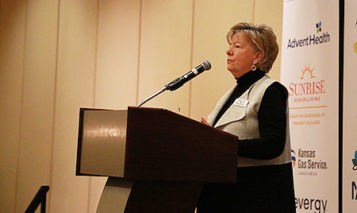 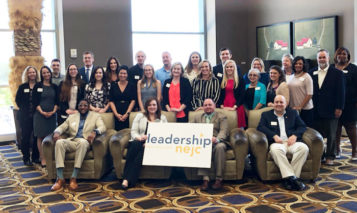 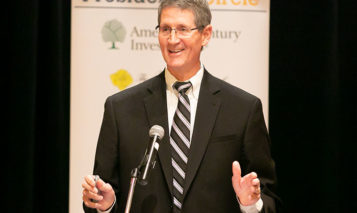 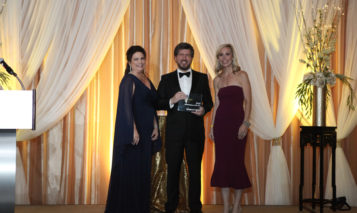