Santilli dropped Saturday’s 6A title match to Blue Valley West’s Max Kurzban 6-3, 6-3, securing the runner up spot in the tournament for the third time. Santilli, who will play for Cleveland State University next year, finished his senior season with a 27-3 record. All three losses came at the hands of Kurzban, who won the 5A singles title last year before the Jaguars moved into the 6A division for this season. Kurzban finished the year undefeated.

Santilli’s performance combined with a 10th-place singles finish from teammate Billy Louiselle was enough to secure fifth place for the Lancers in the team standings despite the fact that SM East didn’t have a doubles team that qualified for state.

Blue Valley Northwest repeated as 6A team champions, with two doubles teams and a singles player finishing among the top five.

In the 3-2-1A tournament held in Wichita over the weekend, Kansas City Christian’s Jackson VanderArk took fifth place in the singles competition. 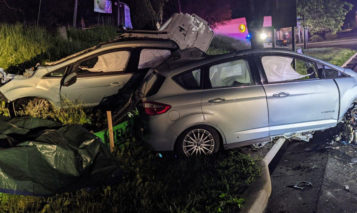