Edith, daughter of Ernest and Sarah Janssen, was born on her family’s farm near Erie, Kansas on March 3, 1924. She met Ralph Hollis, Jr. in Pueblo, Colorado where he was stationed as an Army Air Corp pilot and where she was working on the air base in the hydraulic shop. Edith and Ralph married on October 28, 1945.

Edith is preceded in death by her husband, Ralph Hollis, Jr., her parents, Ernest and Sarah Janssen, sisters Dorothy Bonine and Alice Andersen, and brothers Leo Janssen and Ernest Janssen.

Edith, or Aunt Edie as she was known to her nieces and nephews, loved to spend time with her grandchildren and great-grandchildren. She had a passion for gardening and genealogy where she loved hunting down new information to add to her collection of stories and documents. She will be missed by all who knew her.

In lieu of flowers, donations may be made to the American Widow Project at www.americanwidowproject.org
Arrangements: Cremation Center of Kansas City; 913-384-5566 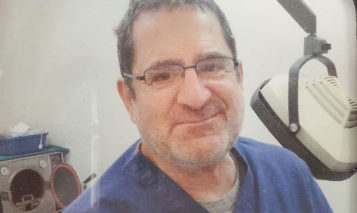