The facility receives wastewater from users in Leawood, Olathe, Overland Park and Prairie Village. It treats 40 percent of what it receives on site with the remaining 60 percent sent to Kansas City, Mo., for treatment. The proposed expansion would allow the facility, which sits to the west of Leawood City Park, to treat 100 percent of the wastewater and comply with the new environmental regulations.

The City of Leawood Governing Body on Monday heard from Johnson County Wastewater officials about the impetus for the proposal.

Tami Lorenzen, managing engineer of treatment at Johnson County Wastewater, said rate payers could expect to see an annual rate increase of 5 to 6 percent, and noted the increase would have been higher with alternative proposals. Lorenzen also emphasized there was not a “do nothing” option. Construction on the plant is projected to run from mid-2018 to 2021.

Johnson County Wastewater also considered plans to send 100 percent of the wastewater to Kansas City, Mo., for treatment or upgrading the plant to process 40 percent of wastewater it currently treats within compliance of new regulations. Lorenzen said either of these options would have cost at least $73 million more over the next 25 years than the proposed plant expansion.

New Environmental Protection Agency water regulations place limitations on nitrogen, phosphorus and ammonia levels within wastewater treatment discharges. These chemicals encourage algae growth in streams, which then cause problems with wildlife. In addition to decreasing chemical levels Lorenzen said the updated facility will increase the flow in Indian Creek, washing away algae and providing oxygen.

Currently there are no facilities in the KC Metro that meet the new water treatment requirements though there are facilities nationally with the biological nutrient removal technology in place.

The project will require tearing out and replacing the majority of the existing facility. Parts of the upgraded site will also be raised to protect from flooding.

Leawood Mayor Peggy Dunn questioned why construction of the upgraded plant would take so long. Lorenzen responded that the compact design of the new plant and efforts to conserve areas surrounding the plant added to the construction timeline.

“By looking at a small footprint we are trying to maintain the wooded areas around the plant,” Lorenzen said.
Lorenzen said while the new plant would be larger, residents would not likely notice the increased size due to the compact design and utilization of screening.

Currently the cost of having Kansas City, Mo., treat wastewater is two to three times as expensive as treating the water at the Tomawhawk Creek plant. The current formal treatment agreement with Kansas City, Mo., expires in 2016 and city officials emphasized the importance of negotiating the new agreement to ensure fair costs during the construction period.

Leawood City councilor Julie Cain questioned whether the water treatment expansion would result in more odors.
Lorenzen responded odor elimination would be improved as the facility currently utilizes odor-control technology from the 1960s and the upgraded facility would be able to utilize newer odor-control methods.

“Even though we are treating so much more the air flow quality will be so much better,” Lorenzen said.
Leawood City councilor Andrew Osman asked whether the expansion would impact Indian Creek flooding. Lorenzen responded the plant improvement and expansion of water treatment would not result in additional flooding.

“We would like to be proactive and get that information out,” she said. 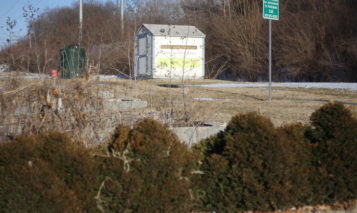 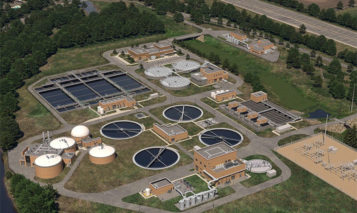