A fire in a Mission apartment building that was discovered in the early morning hours Thursday has been ruled accidental.

The fire started on the exterior of the building on a deck, according to Consolidated Fire District No. 2 Fire Marshal Todd Kerkhoff. The most probable cause is from smoking materials that were not disposed of adequately, but the possibility of an electrical source for the fire cannot be ruled out, according to the fire marshal. In either case, the cause was accidental, Kerkhoff said.

The fire started adjacent to a chimney chase, breeched the wall and got into floor joists. It had been burning for some time before being discovered by the resident of the apartment, who was awakened by the heavy smoke before a smoke detector sounded. The resident is “lucky to be alive” Kerkhoff said.

The building contained four apartments. The resident who discovered the fire woke the occupants of the other apartments after calling 911. Firefighters from CFD2 and Overland Park were called at 12:31 a.m. Thursday and had the two-alarm fire out at 3:28 a.m. High winds were a concern for the departments. 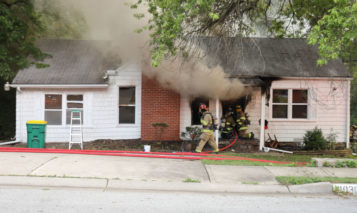 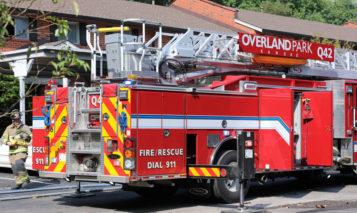 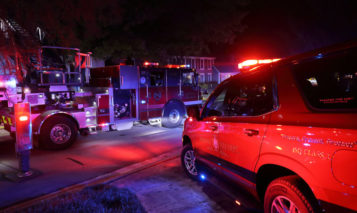 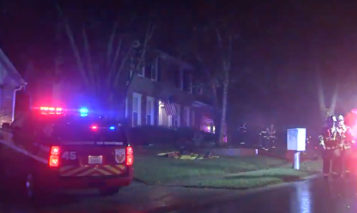 Lightning strikes the likely cause of 2 house fires in Overland Park, investigators say