A beloved local design studio with a growing national presence is setting up shop at 5817 Johnson Drive in Mission.

Ampersand Design Studio, the creative company founded by Carrie Kiefer and Morgan Georgie, recently signed a lease to occupy the space vacated by Yellow Lab Imaging, which moved to a new suite across the street.

The move provides Kiefer and Georgie with the Ampersand’s first dedicated space. After forming a company together in 2009, they shared offices with a photographer friend in the Crossroads Arts District and in Waldo. They started to build a loyal following for their work in surface pattern design and stationery products, and cut licensing deals with big national clients like Land of Nod, Papyrus, Tiny Prints, Giggle and Minted. They also have Ampersand designed products — like totes and shirts — for sale at the West Elm locations in Kansas City and St. Louis.

As their client list grew and grew, the two decided it was time to get a place of their own. The space on Johnson Drive, though somewhat smaller than other offices they’d worked in, had the appeal of allowing them to potentially do retail sales.

“This is our first space that’s our very own,” said Georgie. “We felt like Johnson Drive was up and coming, with a lot of new and exciting businesses opening here.”

The duo is in the process of renovating the space, and hopes to be working out of it full time around the first of December. Georgie said that while they may not have regular retail hours for quite some time, they do plan on holding monthly pop-up sales where they’ll offer the items they currently sell via their own Etsy shop.

“People have been really supportive of the small businesses on Johnson Drive,” Kiefer said. “We’ve already had a lot of people coming up and introducing themselves.” 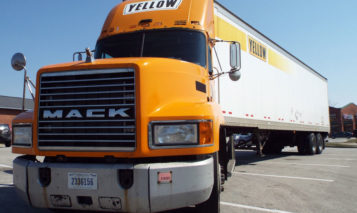