Kansas City may have been focused on the epic contest between the Royals and Mets, but for a group of homeowners in tiny Mission Woods, there was another battle of interest on Tuesday night.

More than two dozen Mission Woods residents – nearly 15 percent of the city’s population of approximately 180 — packed into Westwood City Hall to hear an update from city leaders and University of Kansas Hospital officials on the parking lot project that some residents have charged was shoved through the city approval process without following proper protocol.

Polsinelli Law Firm attorney John Petersen represented the hospital at the meeting, and told the group that the organization was committed to being a good neighbor on the project and working with landscape architects to come up with a landscaping plan that would largely satisfy neighborhood interests. After homeowners started organizing against the project, the city and hospital brought in a third-party landscape expert to try to marry the hospital’s proposed landscaping plan with the demands of the neighbors, who wanted to see improved shielding and use of materials that were in better aesthetic alignment with the city.

Jay Sidie, who has been a vocal critic of the city for approving the project without more public notice and input, said neighbors wanted the parking lot under construction on the east side of Rainbow Boulevard to match the parking lot on the west side, which features high berms that hide the parking areas. Tommy Clemente, whose home looks out directly onto the parking lot area, said he hoped the hospital would replace the manufactured stone used for retaining walls with dry stack rock that is more common through the city.

At one point, a resident asked the officials to clarify precisely what the city’s legal ability to dictate changes or next steps in the project might be.

Mayor Robert Tietze declined to respond, instead deferring to the attorneys present. Petersen said that the hospital had to follow proper permitting procedure. The city’s legal counsel, Heather Zerger of Thomson Walker, LLC, said she “gave her legal advice to the council” and was not inclined to share her opinion with city residents.

Hospital officials said they would be presenting revised landscaping plans to city leaders and neighbors in the coming weeks.

Mission Woods mayoral candidates on the issues: Qualifications and motivation for running for mayor

Mission Woods mayoral candidates on the issues: Should Mission Woods consider merging with a neighboring city? 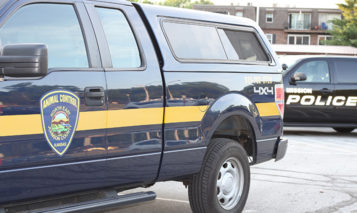