The fleet footed members of SM North’s and SM East’s cross country teams showed they are ready to make a run at some state title hardware this Saturday by qualifying for this year’s Kansas 6A meet.

The Lancers put more runners in the top ten, with John Arnspiger, Jack Young and Michael Wiggins all placing high. But the Akalu brothers’ performances coupled with an eighth place finish by senior Noah Stevenson were enough to give the Indians the title.

On the girls side, the Indians had four runners — Amber Reed, Samantha Taylor, Cassie Raines and Kathryn Kasunic — among the top ten, which put them comfortably in front of second place finisher SM Northwest in the team standings. The Lancers finished sixth among the field of seven in the girls division.

No girls team, however, put in a faster regional performance than the Indians, who ran an average 19:25.12. 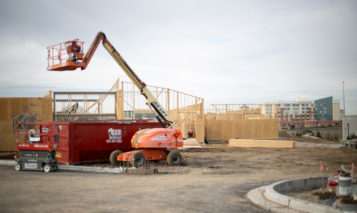