With absolutely stunning fall weather and a lineup featuring some of the Kansas City jazz scene’s most-loved acts, it was hard to ask for much more from the 2015 Prairie Village Jazz Festival.

The day started with about the most local act you can find, the Blue Knights of SM East, who opened the festival for the second year in a row with a set of big band classics. Here’s the group pausing for a photo before taking the stage:

Here’s a listen to Schlamb in action:

Schlamb was followed by Tyrone Clark & True Dig, which started out playing instrumentals…:

…before being joined on stage by vocalist Lisa Henry, who injected a big dose of personality and fun into the set as the Harmon Park hill began to fill up:

Horacescope, a band playing the music of famed quintet leader Horace Silver, took the stage next, and delivered perhaps the strongest set of the day:

With the hill nearly full, the evening hours got under way with an exploratory set from Matt Kane and the Kansas City Generations Sextet:

Which got the crowd well warmed up for headliners The McFadden Brothers, whose high energy song-and-dance routine left the crowd grinning from ear to ear as the festival wrapped up: 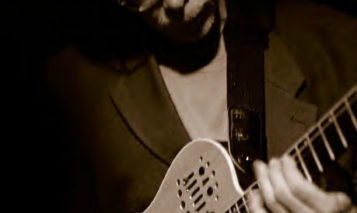 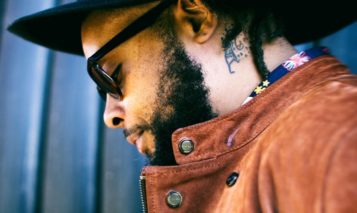 ‘Pizza? Wine? What was I drinking?’: With drone-flown banner at Jazz Festival, woman looks to find ‘missed connection’ from 2014