When mid-1800s emigrants headed west from setting-off points in Westport or Independence, they knew that it wouldn’t be long before they’d be leaving the state of Missouri — and with it the organized United States — and heading into Indian territory. Once they crossed that line, there would be no places to stop and buy food and supplies. The emigrants were on their own.

“These emigrants wouldn’t know exactly where that spot was because there was nothing there to mark it at the time,” said Ross Marshall of the Kansas City Area Historic Trails Association. “But they knew they were crossing it somewhere in there. And that was a big deal to them.”

Soon, area residents may be able to visualize the spot for themselves. The Mission Hills City Council is considering a proposal from the Kansas City Area Historic Trails Association to install a plaque marking the spot where the Santa Fe, California and Oregon Trails heading out of Independence crossed from the state of Missouri into Indian territory. The trails group has proposed installing a monument that would be produced and partially paid for by the National Park Service on Nymph Island at 69th Terrace and State Line Road.

Mission Hills councilors have directed city staff to investigate the cost of building a stone enclosure for the plaque, which would have a steel frame. Assistant City Administrator Jennifer Lee said the city anticipates taking action on the proposal in the coming months. 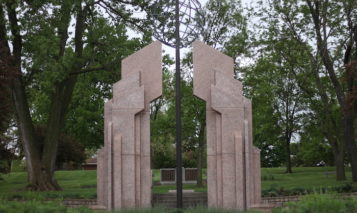 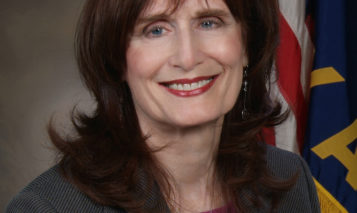