The first questionnaire item is as follows:

This year, the county is considering a (very) small property tax increase for the first time in nearly a decade as the state’s revenue situation — and its impact on the counties — becomes less clear. What is your assessment of the county’s overall financial position? Where do the biggest threats to the county’s financial stability lie?

Ed Eilert (County Commission Chair incumbent)
The county’s overall financial position is strong. Our economy is showing signs of significant recovery from the Great Recession; the housing market is robust both new and re-sale, commercial building is showing improvement, the number of employed in Johnson County continues to grow and in April the unemployment rate in Johnson County was 4 percent compared to 5.6 percent in the metro area. Johnson County has maintained the AAA bond rating in spite of the Great Recession and the general fund reserves are in the stated policy range. A significant concern has to be any future reductions in state support for important local programs and the continued removal of local government revenue sources by the state legislature. Johnson County has no further sales tax authority (except for a small sales tax with voter approval for public safety), which means a forced reliance on property taxes. Most recently, the legislature passed a phase out (over 5 years) of the mortgage registration fee, which reduces 2015 general fund revenues by approximately $3 million dollars. That number will grow each year and the accumulative effect over 5 years is about $48 million dollars. The next four years will require a constant evaluation of needed county services, a disciplined approach to county budgets, support for economic growth policies and keeping a focus on maintaining the very important community assets that make our county a great place to live, work and raise a family.

While some families and businesses are doing well in this very slow economy, there are still many Johnson Countians who are struggling to get by and some who still can’t find a job. Higher taxes are never a good idea in a still-recovering economy.

Ed Peterson (County Commission Chair challenger)
The economic challenges of the recession of 2008 were met almost entirely through reduced expenditures; this trend continues six years after the recession, leaving pressing needs unfunded, thereby jeopardizing our future. Most notably, library hours and collections were reduced, we spent only one-half the amount needed to adequately maintain roads, thousands of acres of vacant parkland remain undeveloped, public transit routes were eliminated. We have made no provision for the growing population of vulnerable citizens. On the revenue side, the only increases have been small adjustments to certain fees. When adjusted for inflation, current revenues are 12 percent below the levels of five years earlier. The biggest threat to county finances is the failure of leadership to address future needs.

The State of Kansas has contributed substantially to the declining financial picture. Over the past several years, the state has eliminated several revenue streams and reduced support for services it requires the county to provide. In all, these reductions total more than $12.6 million annually. Now the state is eliminating the mortgage registration fee which will cut another $16 million annually from county revenues. 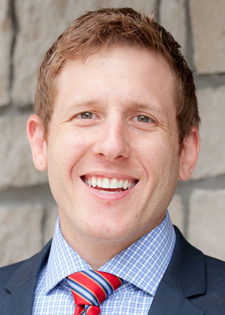 Assessment of the county’s overall financial position: The revenues are there, the budget is balanced, and the general fund reserve balance remains close to 25 percent (plus or minus 2 percent). We could improve the current health care strategy for personnel, and provide better benefits for aging individuals — this could be done in a fashion that reduces liabilities and cost for the county and increases the benefits for individuals.

Biggest threats to the county’s financial stability: Housing and employment numbers are positive indications that the economy is returning to a period of growth and expansion, but at the same time we must adopt policy that reduces the negative impacts of future economic constrictions/recessions. We also must address the growing numbers of Johnson County residence living in poverty.

For 2015, the Commission actually recommends a slight decrease in the mill levy. The Commission was able to do this because it used a transfer from reserves for public works project, it decreased a transfer to another fund and eliminated maintenance to the courthouse.

The rise in poverty increases demand on our existing services: human services, mental health services and law enforcement. Those under the age of 18 represent the largest percentage of those living in poverty. We must be strategic with delivery of services.

Infrastructure affects us all. It is expensive to build, maintain and replace. As a county we need to make smart investments. We have to find a balance for expansion of systems without it being at the expense of the existing systems.

We, as a community, are able to plan and address our direction now. Let’s work together to get the most value from our hard earned tax dollars.

Mark Nauser (District 1 Commissioner candidate)
While Johnson County is one of only 38 counties in that country that carries a AAA bond rating, we are still facing financial challenges and will face more in the coming years. I believe two statements within our county manager’s budget message demonstrate the two biggest fiscal challenges facing Johnson County:

I recently met with the incumbent commissioner for the 1st, as well as the county manager to get a better understanding of the issues we face. While meeting with my incumbent, he described a presentation the Board of County Commissioners received last February from a consultant that specializes in helping governmental entities obtain federal grants. I asked the county manager for more information and was told the charges for the consultant would fall between $60,000 and $120,000, depending on how many grants they were able to obtain for the county. I was told these grants could bring $2 million into the county and the proposal was declined because “We didn’t want to add to the federal deficit.”

That kind of ideological position is not beneficial for the county. My business background has taught me that sometimes, you have to be willing to spend money to make money. I believe that seeking out federal grants is one way to improve the county’s financial situation in light of state-level cuts. I believe that this is an option we should thoroughly consider before resorting to increases in the mill levy.

Rachel Sciolaro (District 1 Commissioner candidate)
After several months of attending the Johnson County Board of County Commissioner Business Sessions and Budget Discussions, I have gained a better understanding of the issues involving our great community. During the Budget Discussion, I watched the presentations and listened to the discussions from different departments. My assessment of the county’s overall financial position is we live in a beautiful, growing county,­ a true economic engine in Kansas­ thanks to the hard work and innovation of many families and businesses who call Johnson County home. According to Johnson County Capital Improvement Overview, Johnson County has a AAA rating from Moody’s Investors Service, Standard & Poor Rating Service, and Fitch Ratings.

At the beginning of the budget discussion, the proposed mill levy was 24.061. Near the end of the budget discussions, the BOCC was able to reduce several expenditures which enabled the proposed mill levy to decrease to 23.930. We need to be more tedious and careful on our spending. The Board of County Commissioners will need to continue to be cautious on both unnecessary spending and on approving tax exemptions. If more people continue to move into the county this will also help replace the revenue loss. This will also encourage the development of more homes and businesses. As a result, our county will continue to thrive and prosper.

Ron Shaffer (District 1 Commissioner candidate)
The county’s finances are stable in spite of losing revenue during the past recession. By maintaining a healthy and stable budget the county continues to qualify for AAA bond ratings, the highest available, similar to the City of Prairie Village. The past six years, the county has cut costs at all areas of the budget. While these measures were prudent during the recession, it has taken its toll on county services such as infrastructure, parks, libraries, human services and staff salaries.

The economy is slowly rebounding. Our home and business values are seeing improvement, but this does not increase the mill levy. It does provide some additional dollars based on the increase on the assessed valuations. It is time to start to reinvest any new dollars in infrastructure, parks, libraries, human services, staff and public safety. We need to create new types of partnerships with local cities and townships to work together so we can leverage our dollars, collaborate on projects and increase our buying power.

Threats to our budget, and therefore our “quality of life,” come from unfunded state and federal mandates that may require new funding sources. As an example, the 2014 State Legislature repealed the nearly 100-year-old Mortgage Registration Fee. The impact to Johnson County has been estimated at a $49 million loss over a period of five years, close to $10 million per year. A one mill increase will generate between $7-$8 million per year. Even with a small, less than one mill increase, and factoring in slowly rising housing values, there will still be little left to reinvest in county needs and cover the shortfall. I will work tirelessly to protect our quality of life and look for new ways to collaborate to leverage our partnerships and improve how county dollars are spent.

Tomorrow the candidates will respond to item two: