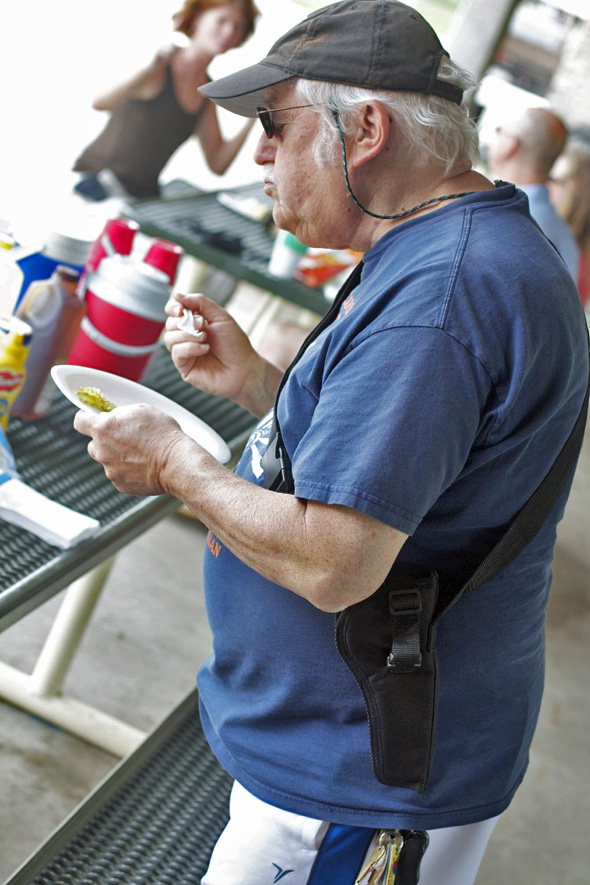 Johnson County cities work to adapt to open carry law. The Kansas City Star ran a lengthy piece Monday outlining how Johnson County cities are responding to the changes in Kansas law that now make it legal to openly carry firearms in public spaces. Prairie Village Police Capt. Tim Schwarzkopf said in the piece that the law poses a challenge to law enforcement officer trying to determine whether a gun is a threat. “It’s hard to know what a person is going to do because you can’t get into their head,” he said. [Cities navigate new law prohibiting cities from weapons regulations – Kansas City Star]

Prairie Village resident named president-elect of Kansas Association for Justice. Prairie Village resident Tim Pickell was recently selected as the president elect of the Kansas Association for Justice. The statewide organization focuses on promoting individual and corporate responsibility and accountability, the right to trial by jury, independence of the judiciary and high standards of ethics.