If you live in Mission and haven’t yet met the city’s new police chief, Ben Hadley, the odds are you will sometime soon – and that’s not a bad thing. Hadley wants the department connected to the community.

Already he has started walking Johnson Drive, introducing himself to the business community. “I’m their chief,” he says. “Our biggest commitment needs to be to the community. I want us to be out and visible in the community.” Starting the job, that is the new chief’s overarching issue – to connect with the citizens of Mission and integrate the department with the community.

Hadley has been with the department since 1997. He came over from the Johnson County Sheriff’s Office, where he had been primarily working the jail and booking, to have an opportunity to be on patrol. Growing up in Shawnee, Hadley’s interest in law enforcement came early when he got involved in a law enforcement Explorer program for students 14 to 20. His earlier aspirations, he says, ranged from wanting to work on a trash truck (when he was three) to being a professional soccer player a few years later.

When the phone call came that he had been named chief, Hadley was attending the 10-week FBI Academy. “It was somewhat of a shock,” he says. Mission now has three of its 29 officers trained at the academy, a high percentage. It wasn’t the first time Hadley had applied to be chief. He was a candidate three years ago when John Simmons was brought over from Fairway.

This time around, Hadley was up against three other internal candidates, all of whom he says could do the job. That gives him a strong command staff, he says. “No chief is going to have all the answers. I have to listen to all the officers. I have to trust everyone who works here.”

While he wants the department to be known as “extremely professional,” Hadley wants to be remembered as someone who was “always honest, fair and good to people – who at the end of the day always did the right thing.”

Long-time chief Robert Sturm who hired Hadley, told him that he would be a chief someday. Now Hadley is sitting at the same desk the previous chiefs used. And, he says, he learned from each one of them. 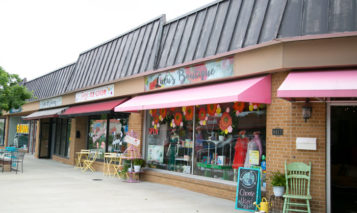 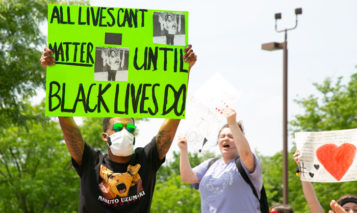