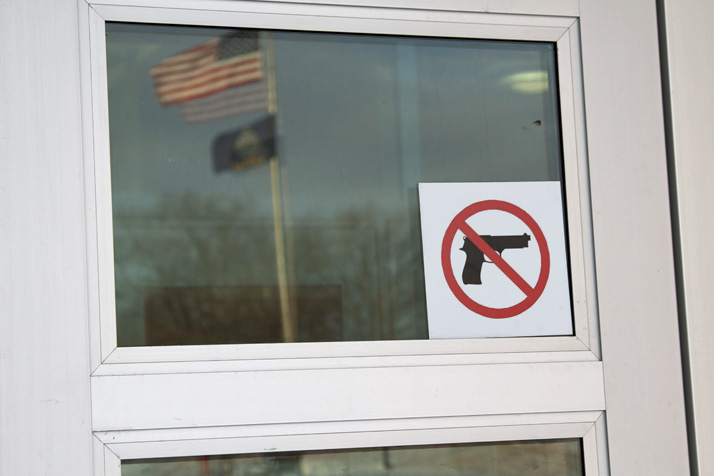 Brownback signs law that will supersede Prairie Village’s open carry ban. Kansas Gov. Sam Brownback on Wednesday signed into law a bill that will prevent municipalities from regulating the way in which guns are carried within their limits. The bill will effectively render Prairie Village’s ban on openly carried weapons moot. It takes effect July 1. [Revision to Kansas gun law — KMBZ]

SM East, Spencer take Free State Invitational golf tourney. SM East had another strong showing on the golf course Wednesday, with the Lancers taking both the team and individual titles at the Free State Invitational at Eagle Bend Golf Course in Lawrence. Andy Spencer shot a 69, besting the second place finisher by four strokes. His Lancer teammates Corey Knabe and Worth Blackman finished among the top ten, both shooting rounds of 69. SM East took the tourney title with a team score of 301.

NEJC homes on remodeling tour.  The 17th annual Remodeled Homes Tour will take place this weekend with 22 remodeled homes open for visitors. The homes will be open from 10 a.m. to 5 p.m. on Saturday and 11 a.m. to 4 p.m. on Sunday. Tickets are $10 per person and can be purchased at any home on the tour. Four Prairie Village homes are on the tour, three in Fairway and three in Leawood.

Lancers look to keep momentum rolling on the pitch. SM East’s girls soccer team notched a decisive 7-0 victory over rival SM South Tuesday, bring them to 6-3-1 on the year. They face SM West tonight. This year’s Senior Night game will be against SM West on May 1.

Latest rankings have Lancers baseball team at third in Kansas. SM East’s baseball team continues to excel, beating Lawrence Monday to move to 8-2 on the season and to the top of the Sunflower League standings. The Lancers were third in the state behind Blue Valley West and Olathe East in the latest ranking from Prep Baseball Report of Kansas. SM East faces the Creighton Prep Bluejays out of Omaha this afternoon in Lawrence.

Amnesty in Roeland Park. In April and May, Roeland Park residents get some time to clean up a few common violations with no penalty. Trash container storage, brush piles and tree limbs are some of the common violations. The city is giving homeowners a 60-day period to correct any violations. After May 31, property owners and residents will need to be in compliance and second notices may be issued. Compliance is required within 10 days after a courtesy notice is received.