The body found near the Boulevard Apartments in Roeland Park on Sunday has been identified as a woman police have been searching for since December 10.

Sandra Kay Herron-Burns, 43, was reported missing from the apartments in the 4800 block of Skyline. Friends had reported her missing after she failed to arrive at a doctor’s appointment. After she was reported missing, a police canvas of the area included foot patrol, air support and search dogs.

She had last been seen alive at Price Chopper in Roeland Park and the items she purchased were found in her apartment. Police said at the time that she had confronted mental health issues and was on medication.

The decomposing body was found in a heavily wooded area between the apartments and Roe Avenue on Sunday. Passersby had noticed something odd that morning and went back to investigate in the afternoon. When they discovered the body, they called police.

Roeland Park Police Chief John Morris said the identification was made with fingerprints. A full autopsy is expected to be completed this week to determine cause of death. At this time, there is no evidence discovered that would suggest foul play, Morris said.

The Johnson County Sheriff’s Department crime scene investigators removed the body and did a grid search of the area. Police initially had to cut through heavy brush to get to the body.

In January, police had made a second push to try to locate Herron-Burns. 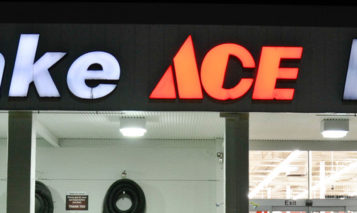 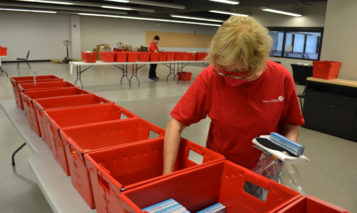