Let’s cut to the chase: “The odds of Westwood View (Elementary School) being closed are slim to none.” That was Shawnee Mission Superintendent Jim Hinson’s prediction for the northeast Johnson County school that for decades has popped up on nearly every school closing list.

School facilities rank high on Hinson’s list of pressing issues for the district. (See Thursday’s story for more from Hinson) “Some buildings are overcrowded and some … have space,” Hinson says. The district has hired a demographer to work out future population moves and facility and boundary changes may be down the road. The last significant change was the set of closings and realignment that shuttered Mission Valley Middle School.

But for Westwood View, Hinson says the school’s enrollment has stabilized. More than that, he says, a neighborhood school can be vital to the health of a neighborhood. A more likely change is the rebirth of the Antioch Middle School — under study now — as a spot to consolidate administrative services that are scattered among several buildings. That could affect the McEachen Administrative Center, the Arrowhead Indian Creek Technology Center and the Broadmoor building.

Another potential consolidation being investigated is for the district’s signature programs in biotechnology, legal studies, engineering and others that are distributed among district high schools. Enrollment is being looked at to determine if consolidation in one building for part of a student day with a return to the home school is a better option.

Academics is the other area on Hinson’s list. “I would love to have full-day kindergarten without the parent pay component,” Hinson says. Last year the district lost $1 million on full-day kindergarten. New proposals at the state level may hold some hope for funding relief.

Also on the list of academic issues for exploration are early childhood education at each of the buildings, early immersion in foreign language and tweaking high school graduation requirements. Hinson asks, “If it’s important to parents, shouldn’t the district find a way to fund it?”

Hinson has other thoughts on funding and spending: Some expenditures should be targeted to where they have the most impact on student achievement. His example is Title I federal funds that show more increase in achievement if spent during the K-3rd grade years.

On the state school funding formula, Hinson points to the Missouri model which, he says, starts with equitable funding per student, adds weighting for higher cost components and then allows voters in a district to increase funding if they want.

“If you want to increase funding, you go to the polls. I think that’s (not allowing local discretion on added funding in Kansas) unfortunate for our state. How do we not let people go to the polls to make decisions? That doesn’t make any sense to me,” Hinson says.

Anyone who has heard Hinson give a speech since July 1 knows he is a fan of the management teachings of Jim Collins and “Good to Great.” He says hearing Collins speak in person started him down that path. And one Collins adage refers to having the right seats in a leadership structure to be effective. Hinson suggests the Shawnee Mission structure could be in for some adjustment.

How to measure success? Hinson says he uses one metric: “Is this the program I want my grandkids to have? If not, then it’s not appropriate for any student in the district.” 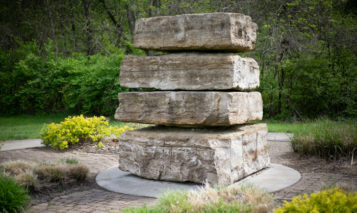 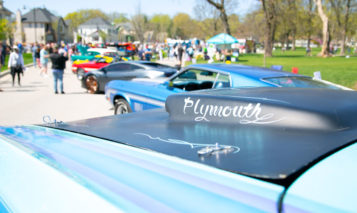 K-7 ramps at SM Parkway will be closed for construction, starting April 12