The SM East and SM North boys varsity basketball teams kick off their seasons tonight as part of the SportsCare Shootout Public vs. Private tournament.

Now in its second year (it’s been renamed from it inaugural ARC Madness billing in 2012), the tourney features teams from throughout the KC Metro — as well as some from out of state.

SM East will be looking to repeat as tourney champion, though all the action has been moved from SM East to SM North. The Lancers face Helias in the opening round Thursday at 5:30 p.m. SM North takes on St. James at 7 p.m.

Go Lancers and Indians! The full tourney bracket is below: 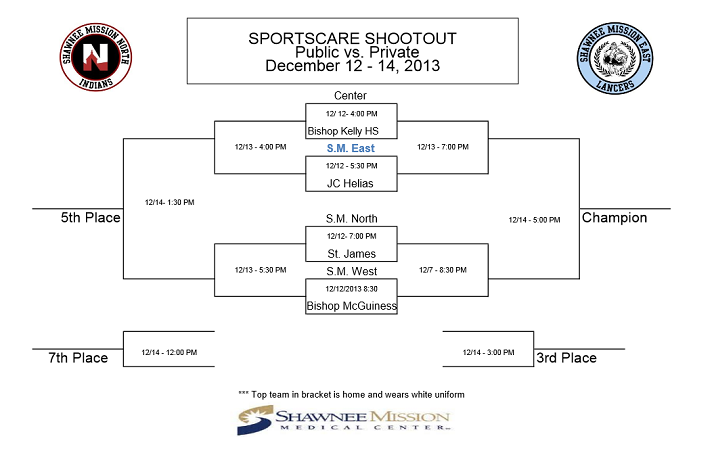