A vigorous blaze at a home near 95th Street and Meadow Lane in north Leawood caused critical injuries to a woman after it erupted around 6 p.m. Tuesday evening.

A passing citizen alerted authorities to the blaze around 6:30 p.m., and a total of ten fire crews eventually responded. Firefighters had trouble entering the home because of locked doors and windows, but were able to enter and pull the woman out. They believe she was the only resident of the home.

The single story home had a wood roof.

A firefighter was injured in the firefighting efforts as well and was taken from the scene on a stretcher. No details on that firefighter’s status are currently available, but he was talking as his colleagues wheeled him away. 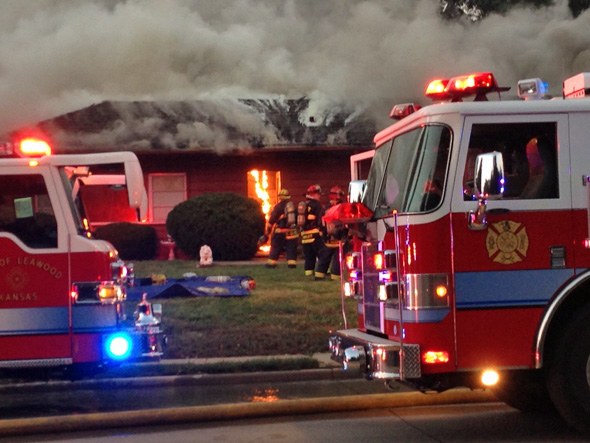