SM East found a way to get off the hot pitch early Monday with a 10-0 mercy rule victory over Schlagle in the first round of the KAMO Tournament, earning the right to play a tough Park Hill South squad at 5 p.m. tonight at the Blue Valley Athletic Complex.

Michael Mardikes picked up where he left off in the season-opener against SM West by netting the first goal of the game off a corner kick, and then punching in the Lancers’ second goal as well. The overmatched Schlagle team allowed eight additional goals by a slew of SM East players. The tenth goal — which prompted the mercy rule — game with more than half an hour of regulation time remaining on the clock.

Park Hill South knocked off Blue Valley Monday on penalty kicks after the teams played to a draw in regulation.

(Thanks to Meg Byrd and Jake Zillner for the updates). 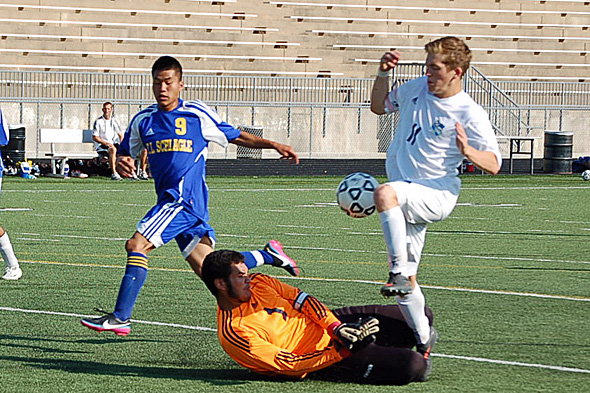