An unidentified opponent of the proposed 352,000 square foot Mission Chateau development has lobbed a last bomb in the end game leading up to next Tuesday’s City Council consideration of the issue.

A mailer delivered to hundreds of Prairie Village homes on Thursday counters several of the pro-Mission Chateau assertions the Tutera Group made in a mailer of its own sent a week and a half ago. Here’s part of that mailer:

…and goes on to challenge the numbers used by Tutera to increase support for the project:

Though the person or group who sent for the mailer is not identified, the information included contains a figure used by the Mission Valley Neighbors Association in an email to members earlier this week. (Note that, with the exception of the cost and revenue issue, we have not vetted the claims made in this mailer or the Tutera mailer).

New yard signs opposing the proposal have shown up along Mission Road as well: 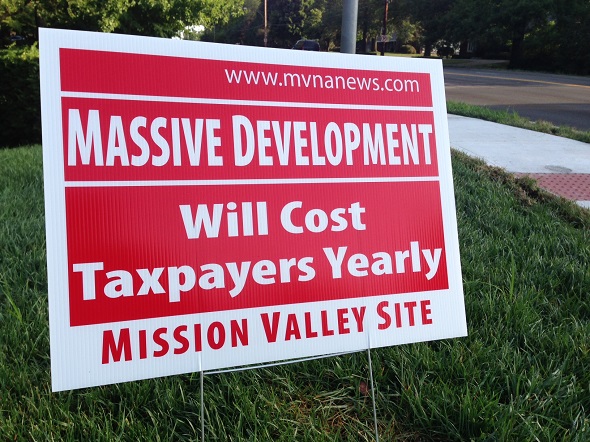 With special meeting tonight, end of Mission Chateau saga could be in sight