You might assume that dragging a group of fifth graders back to school the day after class lets out for summer would be a tall order.

But seeing an opportunity to support the victims of last week’s Moore, Okla., tornado, nearly 25 Corinth fifth graders happily made their way back to school grounds Friday, flagging down passersby for a quickly organized bake sale that generated nearly $3,000 in aid.

“When you’re that young, it’s hard to figure out ways to give back — but you’re seeing these kids your own age being devastated,” said Corinth mom Christie Higgins, whose daughter Ella was among the participants. ”

Two years ago, Corinth families organized a similar sale for the victims of the Joplin tornado. Based on those efforts, organizers of this year’s fundraiser were hoping to generate between $500 and $1,000. They met — and easily exceeded — that goal. 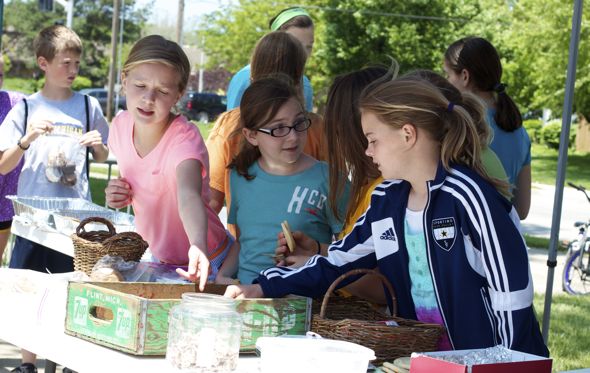