A Prairie Village resident whose soccer skills propelled SM East to two Kansas 6A title games — and herself to a soccer scholarship at Indiana University — has turned her passion for the world’s most popular sport into a unique girl-focused training academy.

Carrie Fry Robinson founded Finesse Soccer Academy in 2010 along with Blue Valley Northwest graduate Laura Boyer (who played goalkeeper for Marquette before playing professionally in Sweden). At first, the academy trained just a handful of girls at a time. But two years in, they’ve worked with more than 200 players — and are set to open up their first-ever summer camps this June.

Robinson said part of the motivation for founding the academy, which is currently running sessions on the St. Ann soccer field every Sunday, was to fill the void in girl-focused training.

“I never had a female coach until college — it was nice to have somebody that understood you,” Robinson said. “Coaching girls is entirely different than coaching boys. You can motivate girls differently than you motivate boys.”

As the academy has grown, Robinson and Boyer have added trainers to the staff, including SM East graduates Blair Slapper, who played for the University of Nebraska, and Britt Strick Sherer, who played at Baker University. At the training sessions, they break into groups of field players and goalies, and then focus on a new skill each week.

As the academy has grown in popularity, its reach has expanded as well. Robinson said many of the trainees come from northeast Johnson County — but they’ve drawn players from as far away as McPherson, Kan.

“A lot of the kids we train want something more personalized and more technical than what they do with their club teams,” she said. “And they like the all female approach.” 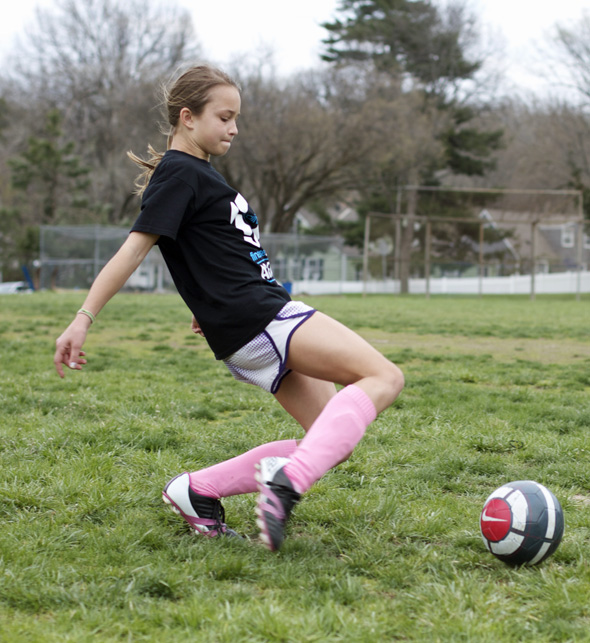