After months of delays on account of a city moratorium on special use permit applications, weather and postponements from the developer, the Prairie Village Planning Commission on Tuesday got its first good look at the Tutera Group’s plans for an extensive senior living community proposed for the Mission Valley Middle School site.

More than 60 people attended the open work session in the Indian Hills cafeteria, where the developer and architect walked the commissioners through a detailed presentation on the plans, which included several new renderings.

Polsinelli PC attorney John Petersen, who represents the Tutera Group, told the commissioners that the project would have a positive impact on storm drainage, traffic flow and landscaping — though many of the neighborhood residents who attended were still unpersuaded of the project’s suitability for the area.

Petersen said Tutera intends to officially file its plans with the city this Friday, April 5. Assuming the plans are filed Friday, Prairie Village Assistant City Administrator Dennis Ensliger said an anticipated timeline for moving the proposal through the Planning Commission would go as follows:

Prairie Village will be posting the latest updates on the Mission Chateau development on its projects page.

A handful of the new renderings are copied below: 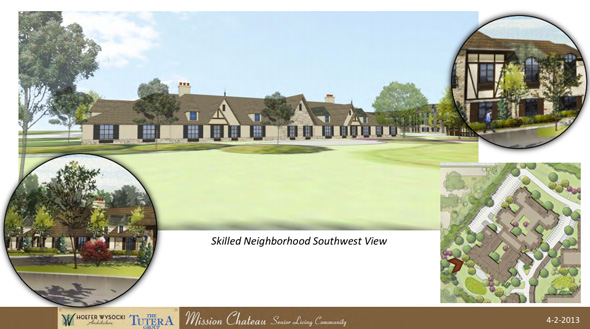 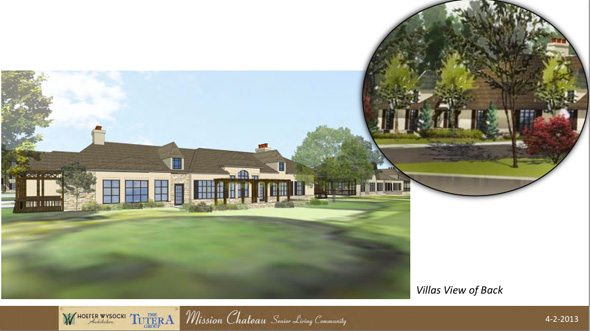 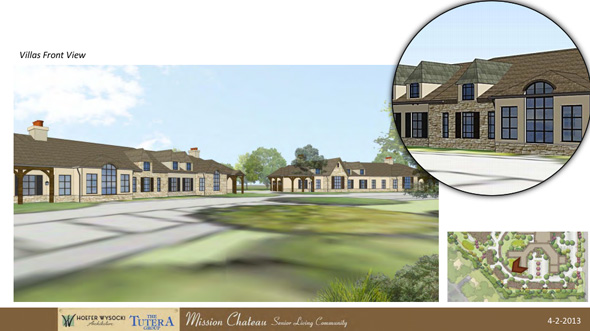 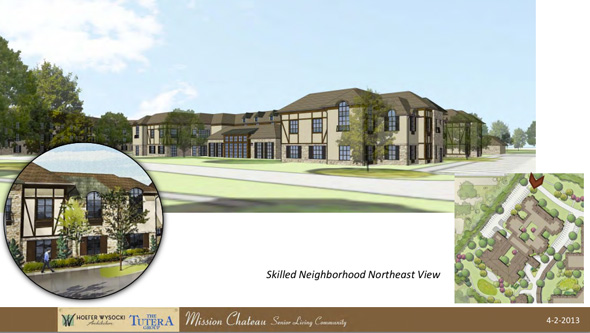