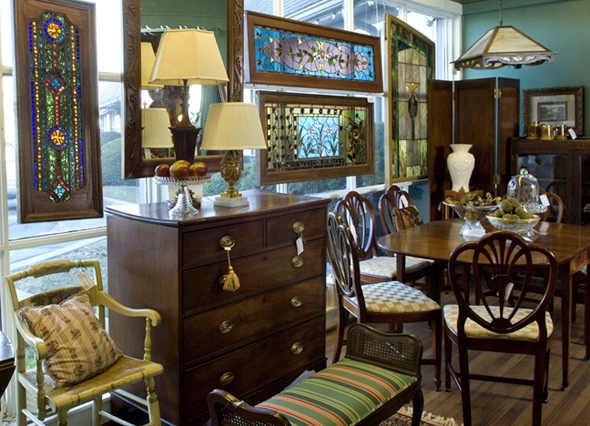 Good news, antiquers: Rumors of the demise of the Mission Road Antique Mall have been greatly exaggerated.

Owner and manager Casey Ward announced late last week that the popular store housed in the building that originally served as the Woolford Farm stables had signed a new lease through 2019.

First opened in 1994, the mall now features antiques from more than 300 vendors, two jewelry stores and a popular restaurant, the Bloomsbury Bistro.

In a release announcing the lease signing, Ward said the property owners, CSS Retail Partners, LLC, have delayed redevelopment of the Antique Mall property to focus on other projects currently in progress.

“This good news offers relief to the 300+ dealers and employees of the Antique Mall,” said the statement, “as well as the thousands of loyal customers who frequent it and the surrounding Corinth businesses.”