The SM East baseball team found out first hand on Friday why the pros hold spring training in Arizona: You can’t play baseball on a field buried under two feet of snow.

Given the conditions, the Lancers were forced to hold an unconventional first official practice of the season — though it was probably great for building camaraderie. Instead of fielding grounders and pop-ups, the team shoveled snow off an infield tarp.

“When we saw the weather forecast, we put down a cover over the infield,” said head coach Jerrod Ryherd. “Now we’ve just got to get if off the ground so we can actually play.” 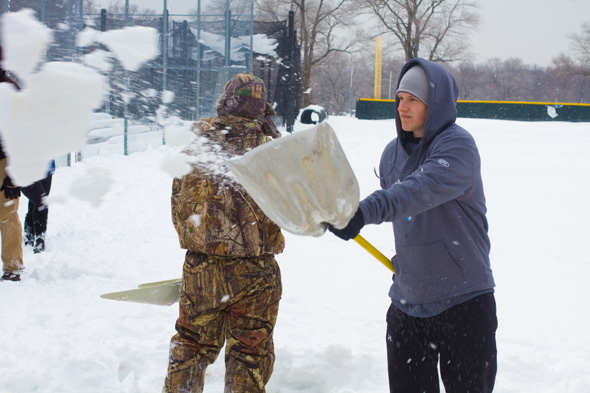