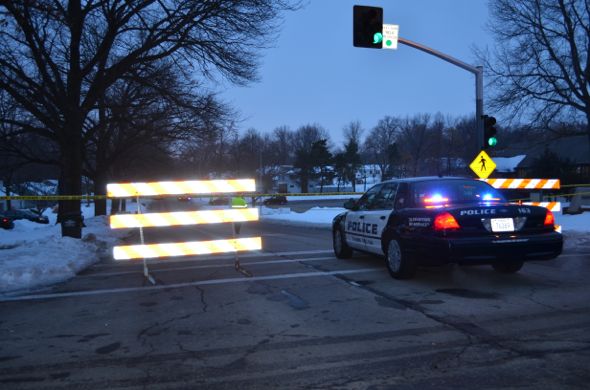 A car crashed into a tree in the 6700 block of Roe Avenue early Monday morning killing its driver.

Prairie Village Police report that at approximately 2:05 a.m. officers were dispatched to the scene of the single vehicle accident. Preliminary reports suggest a man driving a Suzuki Forenza southbound on Roe lost control of the vehicle and struck a tree at a “high rate of speed.” The driver was pronounced dead at the scene. No passengers were in the car at the time of the accident.

Police are still investigating the accident and have not determined a cause at this time.

The investigation into the accident may impact morning commuters — as of 8 a.m. Roe was still blocked off.

UPDATED: Roe is back open to traffic as of 9 a.m.