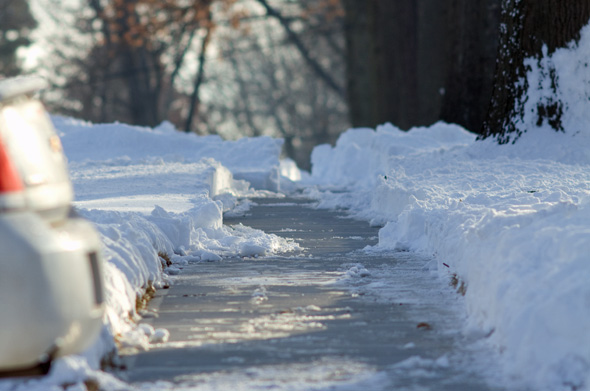 With the forecast calling for below-freezing temperatures to persist for several days, Prairie Village officials are pleading with residents to help keep sidewalks passable for pedestrians.

“[It] is unlikely that there will be a significant reduction in the snow due to melting,” read a message sent from the city Friday. “The City is asking residents to clear at least a shovel width path along your sidewalks to help keep your neighborhood safe and walkable. Snow removed from private property should not be placed in the street or block the sidewalk.”

Concerns about the safety of anyone trying to use sidewalks has prompted officials to take a harder look at enforcement of the city’s sidewalk-clearing ordinance in recent years. In the wake of the large storm that piled snow on the area in February 2011, some City Councilors reported stories of elderly residents in wheelchairs on the street because sidewalks were unpassable.