And it’s not some kind of “Hoarders”-esque nightmare. In fact, it’s a dream come true for the Dorings. 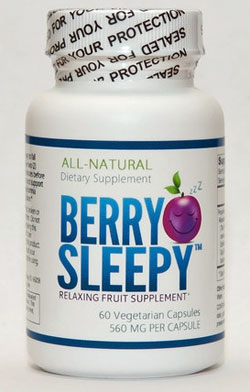 Because as of Wednesday, they were able to start fulfilling orders of a new sleep aid product that the young couple conceived of, had developed and are now ready to put to market.

“We just got the first shipment of ‘Berry Sleepy’ in,” Doring said Wednesday. “And we’re ready to start shipping it out. It’s very exciting.”

Doring had spent 10 years working in Catholic ministries before the “entrepreneurial itch” he and Adrienne had been experiencing finally got too strong to ignore.

“Starting our own business has always been something that’s drawn us,” Doring said. “It’s definitely been nerve wracking at times. But if you wait until you have green lights all the way down the boulevard, you’re never going to hit the gas. We decided it was finally time to make the jump.”

Doring said the idea for Berry Sleepy came after the couple had their second child. As a good night of sleep became increasingly important, the two saw an opening for an all-natural sleep product. Talking with nutritionist and pharmacist friends, they learned about the sleep-inducing properties of certain fruits, and started experimenting with combinations of ingredients.

Of course, it took some trial and error before they find the right mix.

“At first I was kind of fiddling the idea of making something that would be a little more intense, that would have included some more traditional sleep inducers,” he said. “That batch did not go well. Something about it seemed to keep me awake. It definitely backfired.”

The product is only available for order online at this point, but Doring said the couple hope to start distributing it at nutrition stores as well.