With just a single misstep in the form of a tournament championship loss to McPherson High School two weeks ago, the SM East boys basketball team was already enjoying an extraordinary 2012-2013 season heading into Friday. 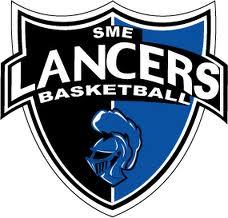 A convincing win at rival Rockhurst High School may have propelled it into extra-extraordinary territory.

The Lancers carried a four-year losing streak against the Hawklets to the Rockhurst court Friday, but showed no signs of intimidation as they bolted to an early lead, draining their first six shots.

When it was all said an done, the Lancers walked away with a 62-50 victory – breaking their Rockhurst losing streak and improving to 11-1 on the season.

With eight regular-season games remaining in the season, the Lancers take to the court again Tuesday for a road game against Olathe Northwest.