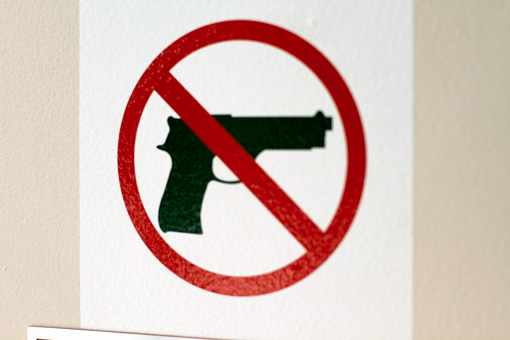 PRAIRIE VILLAGE, KS.—On December 21, 2012, the Libertarian Party of Kansas, Al Terwelp, Party Chairman, and Earl McIntosh, Second Amendment Chairman, filed a lawsuit against the City of Prairie Village to challenge the sections of the City Code that prohibit the open carry of loaded firearms in public places. The lawsuit alleges that the City Code is in conflict with the Kansas Constitution and a Kansas statute. Mr. Terwelp resides in Overbrook, Kansas and Mr. McIntosh resides in Topeka, Kansas. The lawsuit also names as defendants each of the members of the Governing Body of the City. It appears that an identical lawsuit was filed against the City of Leawood.

The Mayor and City Council respect the civil rights of citizen and, those citizens have been very vocal in expressing their first amendment opinion to opposing “open carry” in Prairie Village. Cities in Kansas are vested with strong home rule authority to determine their local affairs. That authority is restricted only by clear laws limiting self-government. The Mayor and City Council, and City Attorney, do not believe that the City Code violates the Kansas Constitution or the Kansas statute.

The City will vigorously defend home rule authority and this challenge by a pro-gun organization to the City’s ability to enact gun control measures within its borders in order to protect the safety and security of the citizens of Prairie Village.

The members of the Governing Body of the City believe the community will strongly support the City’s defense of its power to prohibit the open carry of loaded firearms on public property; especially, in light of the horrific events that unfolded in Newtown, Connecticut.