Cindy Neighbor, who holds one of the at-large positions on the board and is voted on across the district, said Monday she also will be filing for another four-year term on the board. Neighbor will be facing opposition in the election. Mark Read of Overland Park has filed for the at-large seat. Bysfield and Craig Denny, the third incumbent board member, have already filed their election papers with the county election office. No other candidates have filed for the three school board seats.

Bysfield, who lives in Prairie Village, first ran for the school board in 1993 and is finishing her 20th year on the board. Before running for the board, she had served on the area advisory board and had been a PTA president at Somerset Elementary, Meadowbrook Middle School and SM East, where her last child graduated in 1992. She also was involved in the start of the Committee for Excellence and the Shawnee Mission Education Foundation.

“(Schools) keep the community strong,” Bysfield said. “I truly think they are the most important (asset) in this community.”

Neighbor will be running for her fifth term, now finishing 16 years on the board. She is coming off a losing run for a state school board spot. Neighbor spent 13 years on the advisory board prior to school board service and was a district employee for nine years before her school board tenure.

Neighbor lost her state school board race to Steve Roberts. She also has served in the legislature.

The filing deadline for school board seats and other races this spring is Jan. 22. Fairway, Roeland Park, Mission Hills and Fairway also have elections in 2013. Roeland Park mayor Adrienne Foster has filed for re-election as has Mission Hills mayor Richard Boeshaar. The primary is Feb. 26 and the general election is April 2. 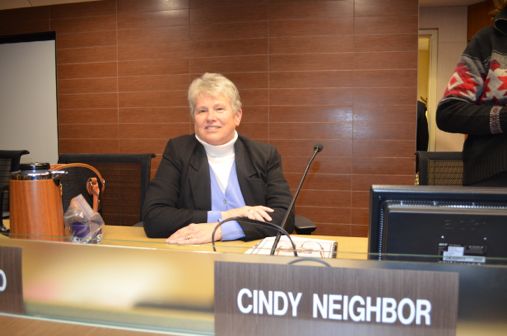